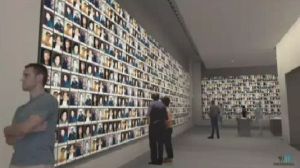 I’m sure this will come as a shock to some, but there are ethics controversies that I do not have strong opinions on, because I think both sides have strong ethical arguments. The dispute over whether the planned restaurant at the recently opened memorial and museum on the site of the Twin Towers bombing is one of them.

Con is  stated succinctly by New York Post columnist Steve Cuozzo, who wrote, “A bar and grill by any name on top of burnt fire trucks and human ashes is just plain gross.” Also being criticized is a black-tie party held at the museum to celebrate the opening. Said a family member of a firefighter who died that day: “This is the final insult and desecration of these 9/11 remains.”

The Pro, or at least the “It’s no big deal” position, is laid out by Ann Althouse, who wrote:

“At some point the taking of offense itself becomes offensive. Maybe out of respect for the dead, no one who still walks the face of the earth should ever laugh or take pleasure in anything every again. More than 100 billion human beings have died, perhaps right where you are standing/sitting/reclining right now. How dare you ever do anything? Look out your window and visualize the ghosts of all the human beings who, over the course of history and prehistory, died within that view. Will you mourn for them… ceaselessly… until you are one of them?”

The ethics issue is obviously respect. What is enough, and what is disrespectful? The analysis involves finding the right analogy, perhaps. There is a gift shop and restaurant at the Gettysburg Battlefield Visitors Center, but not on the site of Pickett’s Charge. The Holocaust Museum has a gift shop and snack bar as part of the complex, but nobody was exterminated in Washington, D.C. There’s no gift shop or snack bar at the Tomb of the Unknown Soldier; you can’t buy a sandwich at the Alamo. Is the 9-11 restaurant like the one at the Pearl Harbor museum, or is it like having a fish and chips eatery over the SS Arizona? The Pennsylvania site where Flight 93 crashed is being treated as hallowed ground, while the section of the Pentagon where its victims perished on 9-11 is back to being a workplace.

Is this just the Ick Factor,  something that feels a little “off,” like watching musicals and comedies in Fords Theater with Lincoln’s empty, ghostly box looming over the stage, or something more?

Is placing a restaurant over the 9-11 Museum, on the site where 3000 people were murdered, disrespectful?

Also making a persuasive argument is blogger Ace of Spades, who writes…

“That the living should go on living as living beings do is no affront to the dead. Life is not all drudgery and toil and solemnity and grave expressions…And life is sometimes buying a NYPD t-shirt for your brother who couldn’t make the trip, because you want to include him, if in a minor way, in your personal pilgrimage to the 9/11 site. Enough with all the unending, constant outrage about how everyone else in the world isn’t Doing Quite Enough Serious Work and Serious Solemnizing for the Dead. We show the dead respect by showing them respect — not by taking on the dourness of the dead ourselves.”

Ace’s commenters do a superb job covering every angle of the issue, and all points of view.

I’ll only say this.

I wouldn’t eat there.