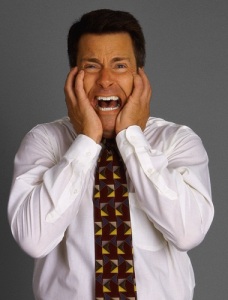 Last year, the American Bar Association House of Delegates passed a controversial resolution calling on states to ban the so-called gay panic defense. The defense arises (when it does arise, which is rarely), in cases of a heterosexual accused of an assault on a gay individual when the defense attorney argues that his client was so shocked and terrified by a homosexual advance of a romantic or sexual nature that he was overcome with disgust, anger and fear, and was launched into a psychotic state that compelled violence. Many judges refuse to allow it, because there is no accepted scientific evidence that “gay panic” exists as a legitimate prelude to temporary insanity.

That the American Bar Association urges federal, tribal, state, local and territorial governments to take legislative action to curtail the availability and effectiveness of the “gay panic” and “trans panic” defenses, which seek to partially or completely excuse crimes such as murder and assault on the grounds that the victim’s sexual orientation or gender identity is to blame for the defendant’s violent reaction.

Such legislative action should include:

(a) Requiring courts in any criminal trial or proceeding, upon the request of a party, to instruct the jury not to let bias, sympathy, prejudice, or public opinion influence its decision about the victims, witnesses, or defendant s based upon sexual orientation or gender identity; and

(b) Specifying that neither a non – violent sexual advance, nor the discovery of a person’s sex or gender identity, constitutes legally adequate provocation to mitigate the crime of murder to manslaughter, o r to mitigate the severity of any non – capital crime.

It should be no surprise that California was the first state to follow this plan, with Gov. Jerry Brown signing an anti-gay panic defense bill into law in September. Now New Jersey has a similar law under consideration.

Does the ABA resolution and both California’s law and New Jersey’s proposed law smack of political and cultural warfare interfering with a defendant’s right to a zealous and vigorous defense?

Evidence must first be admissible, then it is up to the jury to determine its weight. A judge can and should determine if a sufficient foundation for proffered evidence makes it proper to be presented to the jury, and appeals courts exist to decide if such a determination prejudices a criminal defendant.

It is not the place of the ABA to demand preemptive gag orders on evidence which may be relevant in some cases, irrelevant in others, and unprovable or inherently unbelievable or absurd in still more. Similarly, it is not appropriate for a state legislature to remove possible defenses to criminal charges. That is the trial judge’s job, and the judge in a particular case is the one most qualified to do it.  Then it is a jury ‘s job to decide if the defense is garbage.

I completely agree that the gay panic defense is usually and perhaps always garbage, a Hail Mary toss to the jury members who might “understand” how a man would lose it upon discovering, for example, that he had been fraudulently enticed into bed by a he pretending to he a she. But a criminal defendant has a right to a vigorous, zealous defense, and such defenses often get thin, desperate and silly, all of which are ethically acceptable as long as the lawyer has “a basis in law and fact for doing so that is not frivolous, which includes a good faith argument for an extension, modification or reversal of existing law.” That means that a lawyer should be able to argue that this almost always ridiculous defense has validity and legitimacy in a particular case on the facts. The quote was from Rule 3.1 of the ethics rules, and it was composed by the American Bar Association to allow all but the most indefensible defenses imaginable: almost nobody gets bar discipline for violating Rule 3.1. The American Bar Association wrote that rule, and they should stick to it, not devise feel-good exceptions that play to its liberal Democrat membership.

Now, it appears, the ABA is just playing political favorites. All other thugs, bullies, anti-social jerks and killers can get a creative, last-ditch defense like the “Twinkie defense” or “Affluenza,” but since gay and trans victims are special, those who abuse them are especially bad, so the just thing is to tie their lawyers’ hands.

The Constitution protects all defendants, and those accused of harming LGTB victims should be protected no less than the others. A pro-gay bias is still a bias, and the ABA, California, and any other state that prohibits this rarely used defense that is virtually always fanciful but might be valid in some case, somewhere,  are catering to a politically powerful interest group. Let the judge and the jury decide.