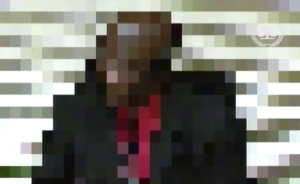 Today’s Washington Post Fact Checker column finally weighs in on whether of not “Hands Up! Don’t Shoot!” is a lie.  I won’t keep you in suspense: Of course it is.

As I had no ideological reason to pretend that it was otherwise, I identified the phrase as such last November. Since then, it has been wielded by athletes, journalists, members of Congress, protesters, talking heads, professional athletes, and pop stars, while contributing to getting some police officers shot. There was no need for this verdict to take so long. “Better late than never,” you say? How about better responsibly on time, as in when the facts were available to anyone with the integrity to reject a useful catch-phrase that was without basis in fact?

For some reason this is not the regular Post Fact Checker. Maybe Glenn Kessler, a partisan who makes a reasonable  effort to overcome his biases, couldn’t get around them this time, or is sick or dead or something. This Fact Checker is Michelle Ye Hee Lee, and she hardly leaves any room for doubt as she lays the blame for the whole scam squarely on the head of the late Mike Brown’s pal, Dorian Johnson, a.k.a. Witness 128. To be fair, “Hands Up” was not a lie for those who used it profligately after Johnson’s false accounts, for they sincerely, if recklessly and negligently, believed it to be true. This was Johnson’s lie, and though it was obviously self-serving, and though he was as unreliable a source as it was possible to be, confirmation bias allowed all of these good people—well, some of them are good—-beginning with Brown’s parents, to accept it as truth. It was easier for them to believe that white police officers gun down unarmed, gentle giants in the street for no reason other than their color than to question the word of Brown’s scuzzy, criminal friend.

Now that we have relative consensus that the “narrative” was fiction, we need to consign another misconception to the ash heap of history. Lee writes:

“It is important for us to note that the initial “Hands up, don’t shoot” chant after Brown’s shooting has evolved into a message that is no longer connected solely to the Ferguson event.”

No, it hasn’t. This is a popular argument, and it is an endorsement of perpetuating lies and the damage they do long after lies have been exposed. It is a lazy, unsupportable position, and at least some of those advocating it want to keep using the lie because they want as many people as possible to keep believing it.

If no young black man  did and said “Hands Up! Don’t Shoot!” before being shot by the police while he was clearly surrendering, then any protest suggesting otherwise by using the slogan deserves no respect or credibility. What does “no longer connected solely to the Ferguson event” mean? The slogan must be connected to Ferguson. Its Ferguson connection is a lie. Remove Ferguson from the equation, and the catch phrase and hashtag is moored to nothing, and makes no sense. Its power and ability to evoke emotion is entirely based upon Ferguson, and the horrible injustice, indeed, cold blooded murder, that eager civil rights activists assumed, and because of the political leverage it gave them, wanted to have been committed there.

That catchy slogan has accomplished nothing but wrong. It has ruined a young police officer’s life; its has caused riots that cost lives and the businesses of innocent people; it has divided the races and the nation; it has confused and misled the public and the news media. There is nothing good, useful, fair or responsible about “Hands Up! Don’t Shoot!” The use of the slogan for any purpose other than to teach the lesson of how rumors and lies can cause unimaginable injustice and tragedy is indefensible.

I was recently making this point to an African American friend who violently disagreed. At one point I asked her, “How would you feel if opponents of President Obama used “Born in Kenya” as a rallying cry, and if challenged, replied that they didn’t believe that the President wasn’t a natural born citizen, but that the Truther reference no longer was related to question over the President’s birth certificate, and was now a catchy rallying cry for those who believe that his policies are not in the nation’s best interests?” She sputtered that it wasn’t the same thing. “How is it different?” I asked.

She could not find an answer, and that’s because there is none. Both are lies that biased activists wanted to believe. Now that the lies have been debunked, using them as a rallying cry for  alleged “broader causes” is a cynical and sinister way to plant distrust and anger, and to keep the germ of the lies alive, like the preserved Spanish Flu virus.

You cannot use a lie to advance the truth, and regardless of a crusade’s validity and importance to society, if it begins with and is sustained by lies, the crusade is fatally corrupted.

“Hands Up! Don’t Shoot!” was a lie, is a lie, and will forever be a lie that cannot be untethered to the Ferguson tragedy that spawned it, and that was made worse as a result of it. No activist, organization or protest that continues to employ the slogan is worthy of attention or respect.

35 thoughts on “Protest Slogan Ethics, Lies As Enlightenment, And “Hands Up! Don’t Shoot!””