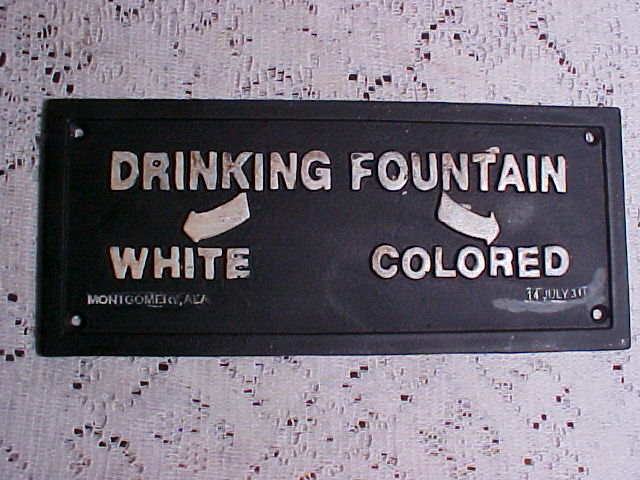 Are you prepared to rationalize this?

From the Wisconsin State Journal:

UW-Madison’s Multicultural Student Center separated attendees by race to discuss a violent week of news that stirred debates about racism and law enforcement, prompting criticism from conservative news outlets that the arrangement amounted to segregation.

Campus officials said the decision to hold separate meetings Monday for white and minority students, faculty and staff was made to ensure people of color had a place to discuss their concerns, and said the rules were not meant to exclude participants.

“No one was turned away from any session,” UW-Madison spokeswoman Meredith McGlone said in a statement.

A post that has since been deleted from the Multicultural Student Center’s Facebook page described the meetings as a place where students and UW employees could emotionally process the prior week, which included fatal police shootings of black men in Minnesota and Louisiana, followed by the targeted killing of five police officers in Dallas.

McGlone said participants wanted “a space to express feelings without the fear of being judged.”

“Our students of color often find such spaces hard to come by,” McGlone said. “It is a best practice in student affairs to allow quiet and reflective space for those who request it.”

Still, McGlone said, the intent behind the different meetings “could have been communicated more clearly to avoid any impression of exclusion.”

Here is a handy link to the Ethics Alarms Rationalizations List, so those of you choosing to try to justify this have all the necessary arguments in one convenient place..

If you are not prepared to rationalize it, do you have the courage and integrity to condemn it?

Astoundingly, depressingly, and…predictably?…UW-Madison spokeswoman McGlone was defending the “separate but equal” response to a race-based controversy that did not directly involve the university, in an educational context.

…Suggests that black students reasonably do not (and thus should not) trust their white colleagues.

…Asserts that spaces that include whites are presumptively “unsafe” for blacks.

…Rejects the proposition, long enshrined in law through Brown v. Board of Education, that “separate but equal” is inherently unequal,  and that separating the races is “usually interpreted as denoting the inferiority of” the non-white group.

…Designates the non-white group as inferior, as it is unable to endure a discussion of a controversial issue that includes the opinions of students with different perspectives.

…Betrays the a core concept underlying higher education, in which students are forced to consider ideas that are uncomfortable, contrary to their world-view or with which they disagree.

…Projects a racist anti-white attitude to white students, who are treated as an unwelcome presence and as a monolithic group.

…Demonstrates abject cowardice, lack of responsibility, abdication of rational supervision and racial bias by the University.

Addressing McGlone’s—I’m sorry, but idiotic is not too strong a word…specific excuses:

Deceit and equivocation. If a meeting says that you are not welcome because of your color, the fact that you would not be turned away if you came anyway is hardly mitigation.

The correct University response to this desire would be “Tough! Sorry. You’re an adult. Your words and conduct are always going to be judged, which is why we are teaching you to be rational, logical, responsible and accountable.”

Yes, and white racists often complain that they should be able to live somewhere they won’t have to deal with all those damn black people. There is no difference, none, between these two sentiments other than gentile phrasing. One is as un-American, divisive and racist as the other.

Wrong. It is best practice in student affairs to refuse to capitulate and endorse racial stereotyping and bias.  Any student seeking a quiet and reflective space should be directed to go to their dorm room and lock the door.

You mean like in “1984’s” Newspeak, Ms. McGlone? War is Peace, Exclusion is Non-Exclusion? Segregating races for any purpose means excluding individuals based on race, which means that a message in being sent with the imprimatur of a distinguished liberal arts institution that one race is justifiably regarded as a negative presence in the venue that contains the other. No clarification of this is necessary, but obfuscation to avoid well-earned condemnation might be.

So now it’s over to you, fellow Americans who happen to be black, university administrators, democrats, civil rights advocates, liberal pundits, progressives and social justice warriors. Defend this. I dare you. I double-dare you. Your attempts will be fascinating and revealing to all.

Better yet, I’d like to hear them display the integrity necessary to condemn it for what it is.

[Announcement: With this post, Ethics Alarms will begin using a new Category: “This will help elect Donald Trump.”]