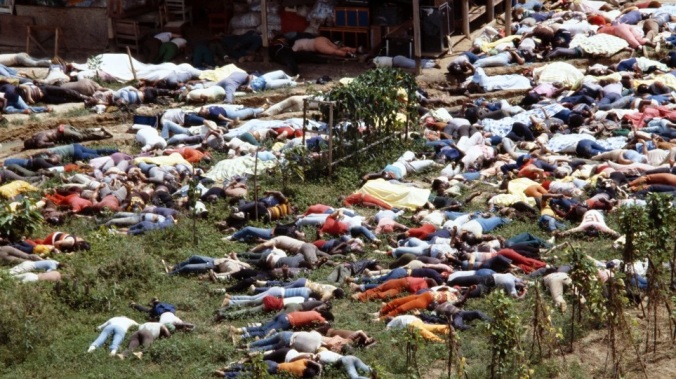 On her blog, Ann Althouse delivered a devastating and ethically profound defenestration to Jennifer Ludden, a  correspondent for NPR’s “All Things Considered” who delivered a mad feature she called “Should We Be Having Kids In The Age Of Climate Change?”  Now, the very question is incompetent and irresponsible, as it treats a speculative future event—she even admits that it is speculative!–of unknown cause, arrival, duration and seriousness as the equivalent of certain nuclear war or a zombie apocalypse. The essay and her attitude represent hysteria, cowardice, scare-mongering and an insufficient appreciation for the importance of continuing the species, or at least having people smart enough to spell “climate change” contributing to the gene pool so “Planet of the Apes” doesn’t become reality. No, the pre-emptive extinction of the human race is not a rational response to the problems posed by climate change, Jennifer, and why the hell are my tax dollars being wasted to hire people who want people to think it is?

That would be my crude response to this cretinous piece. Ann Althouse, however, is far cleverer, constructive, less confrontational and effective in her response, which in its own way is more damning than mine. She launches from this quote from the NPR piece:

“I said to [my children], ‘I hope you never have children,’ which is an awful thing to say. It can bring me to tears easily,” said 67-year-old Nancy Nolan, who had children before she learned found out about climate change.”

Prof. Althouse, contrary to my inclination, doesn’t counter with, “Oh? And what did you ‘find out,’ Nancy? Here are computer printouts of climate trends and projections from five different models. Which is correct? Explain it to me, please. Show me you understand what the hell you’re talking about that is so devastating that you wish your children had never been born, you silly, silly twit!”

If anybody really cares about carbon emissions, stop your crying and be hard-headed about what emits carbon. It’s not the person per se, but what the person does. Back in 2010, I made a list of changes you could make to your behavior. No air conditioning isn’t on the list, because that is already a given. If you haven’t done that yet, Nancy and the Weepers, you are crying crocodile tears. So get up and switch that off. Forever. And now, read my list:

It includes such “common sense’ advice as this…

“Do not go anywhere you don’t have to go. When there is no food in the house to make dinner, instead of hopping in the car to go to the grocery store or a restaurant, take it as a cue to fast. As noted above, your weight should be at the low end of normal, and opportunities to reach or stay there should be greeted with a happy spirit.”

I won’t include any more here. The professor’s clear message: why don’t you make some sacrifices yourself rather than condemn the species to extinction?

Read the whole thing on her blog. Ann earned the click.