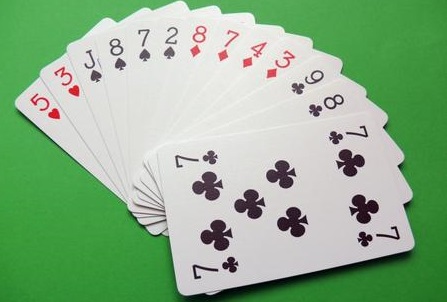 This Comment of the Day is a week late, for which I apologize. The topic is still as vivid as ever however, especially since the episode in question, Harvard’s  premature ending of its men’s soccer team’s season because of real, bona fide, sexist locker room talk misogyny that escaped into the world at large, got filed in the “This will help elect Donald Trump” category.

In the discussion threads, the themes expanded into race and “white privilege.” Chris Bentley, an African-American commenter here, reiterated a theme of some other posts here, that the players were punished under a double standard that allows women engage in direct sexually harassing conduct without disapproval. To this, another commenter protested….

Oh please. This is just right-wing PC nonsense, trying to deny that there is any difference between men and women. Earth to Bentley: there is a difference. Ditto between black and white. And a lot of it has to do with power. Hint: if you wanted power, and had the choice to be born as a) black or b) white, which would you choose? How about a) male or b) female? Get real – everyone knows there are power imbalances except in your fevered mind where “if the behavior were reversed” it would be unacceptable. The behavior ISN’T reversed, and can’t be, because the world is not wired that way.

Here was Chris Bentley’s brave and provocative response, the Comment of the Day, under the post, “Ethics Quiz: The Harvard Soccer Team’s “Locker Room Talk.” I’ll be back at the end for some additional comments….and a poem.

You are, very directly, telling me that regardless of what I think, or the experiences Ive had in my life, when it comes to having “power”, I will always fall short. And I’m the one spouting nonsense. Great pep talk, you should coach little leaguers.

If I had a choice to be born white or black, I would choose to still be born black. Not because it runs contrarian to what you believe, but because, as Ive told you on numerous occasions, I have never (that I am aware of) been the victim of racial discrimination, and, just so happen to be proud of being black, so there’s no reason for me to wish to be of a different race. Now you have previously pointed out that my life story is anecdotal, but this question is directly about what I would choose, and seeing the changing winds, about how its now en vogue to demean whites with impunity, especially white males, I’ll gladly continue being black, thank you very much.

And since the subject of the question is, again, me, and I’ve spent my lifetime working in the world of education where every last direct supervisor (except one) has been female; and considering how I was turned down for my dream job, as the Athletic Director at Mercy High School (an all-girls school) in Baltimore City, because my interviewer (who was also the outgoing AD) told me, during the interview, that she was more likely than not going to give the position a female, as she preferred to have a female in that role; with that in mind, if I want to get to the leadership positions that I want in the world of education, it would not hurt my chances to gain that “power” if I was reincarnated as a woman.

My apologies for that insanely long run-on sentence; I am just that incensed that you see me, a black man, as someone who no matter what I do, will always come in second to the white man in my attempts to succeed in this world. That, if I really want to be successful, I’d have been better of being born white.

Go on, keep telling me I have less power than you, because of my skin color.

I’m back. Chris stakes out the extreme opposite of the “white privilege” approach to eliminating the results of racial and gender bias. It’s an admirable and practical position, because it frees him of the handicap of always being able to attribute his failures and deficits to a persistent systemic handicap beyond his control. He is quite correct, for the current stance of perpetual victim widely embraced by minorities and women may have reap short term benefits but long term damage, like racial and gender animosity, societal divisions, and real or perceived discriminatory policies and attitudes against men and whites.

How much healthier it is for every individual to regard it as his or her responsibility to go as high and far from the starting point fate, luck or chaos granted you, without resentment and anger over the advantages held by others, or being discouraged or angered about how unfair it is that you face challenges others do not. Resolving that it is in one’s power to win, despite the odds, is quintessentially American idealism.

Hour after hour the cards were fairly shuffled
And fairly dealt, but still I got no hand;
The morning came, and with a mind unruffled
I only said, “I do not understand.”

Life is a game of whist. From unseen sources
The cards are shuffled and the hands are dealt;
Blind are our efforts to control the forces
That, though unseen, are no less strongly felt.

I do not like the way the cards are shuffled,
But yet I like the game and want to play;
And through the long, long night will I, unruffled,
Play what I get until the break of day.