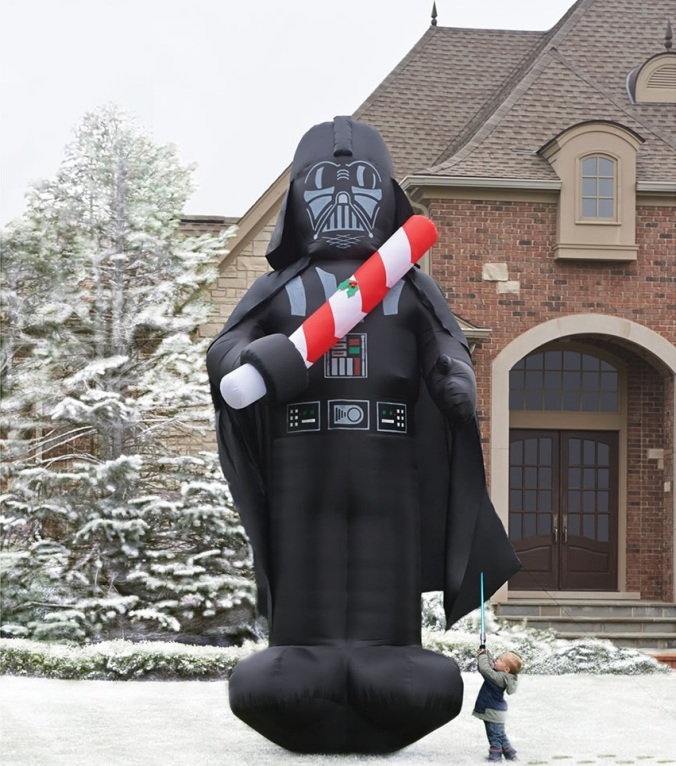 I googled “Christmas ethics” yesterday, and guess what came up first. This Ethics Alarms post, from December 25, 2010.

I fix a couple of things, but it is basically the same. If I were writing it anew, I might not use the loaded term “war on Christmas,” which those who are trying to shove Christmas out of the national culture indignantly deny. It isn’t a war, exactly, just a relentless, narrow-minded and destructive effort to take something that has been enduring, healthy, unifying and good, and re-define it as archaic, offensive, divisive, and wrong. Call it the suffocation of Christmas, or perhaps the assassination of Christmas. Whatever one calls it, the process has progressed since 2010.

We’ve discussed on various comment threads quite a bit about how Christmas music has almost vanished from radio. It has also been effectively banned from public schools, who are terrified of law suits in era when parents might sue over their child being warped by learning “Rudolph the Red-Nosed Reindeer.” “Here Comes Santa Claus!”, another one of Gene Autry’s liveliest Christmas hits, one he wrote himself(unlike “Rudolph”), has been declared musica non grata everywhere but on nostalgia satellite radio. It is such an up-beat song; Bing Crosby sings it with the Andrews Sisters on his iconic “Merry Christmas!” album. Why is it unwelcome today? It is unwelcome because the lyrics say we are “all God’s children,” and ends with “Let’s give thanks for the Lord above.” Can’t have that.

The ascendant attitude toward Christmas is both anti-religious and non-ethical. In my neighborhood, there are far more Star Wars Christmas figures, including Yule Darth Vader ( though thankfully not the 18-ft. Hammacher-Schlemmer version pictured above) and Christmas Storm Troopers, than any suggestion of peace, good will or love. Even these non-sectarian displays are too much for the Diversity Fascists, like this guy:

Such people believe that a healthy national culture embracing love, charity, generosity and kindness is disrespectful, and their society-rotting ideology is as much of a threat to our nation as terrorism. I don’t know how to reverse the damage already inflicted on our society, but I do know that we have to try. Reinvigorating Christmas and the ethical values it stands for would be a good start.

Merry Christmas, everyone—and I do mean everyone.

Benjamin Franklin recognized the importance of regularly focusing one’s attention on ethical conduct rather than the usual non-ethical goals, needs, desires and impulses that usually occupy the thoughts of even the most virtuous among us. He suggested that every morning an individual should challenge himself to do good during the day. In the 21st century psychologists call this “priming,” a form of beneficial self-brain-washing that plants the seeds of future choices.

The Christmas season operates as an effective form of mass population priming, using tradition, lore, music, poetry, ritual, literature, art and entertainment to celebrate basic ethical virtues and exemplary conduct toward other human beings. Kindness, love, forgiveness, empathy, generosity, charity, sacrifice, selflessness, respect, caring, peacefulness…all of these are part of the message of Christmas, which has become more universal and influential in its societal and behavioral importance than its religious origins could have ever accomplished alone. Secular and cultural contributions have greatly strengthened the ethical lessons of Christmas. “It’s A Wonderful Life” urges us to value our ability to enrich the lives of others, and to appreciate the way they enrich ours.  “A Christmas Story” reminds us to make childhood a magical time when wishes can come true. O. Henry’s story “The Gift of the Magi” proves that it is not the value of gifts, but the love that motivates them that truly matters. Most powerful of all, Charles Dickens’ “A Christmas Carol” teaches that the admirable conduct the spirit of the season can inspire need not be short-lived, and that if we use Christmas properly, as Ben Franklin used his morning exhortation to good conduct, it can make all of us better, happier, more virtuous human beings.

At this point in civilization, the religious context of Christmas almost does more harm than good. Though the day chosen to celebrate Jesus of Nazareth’s birthday has been spectacularly successful in promoting the ethical and moral ideals he taught, the idea that Christmas is indistinguishable from the religion he founded has made it the object of yearly controversy, as if celebrating Christmas is an affront to other faiths. This is a tragedy, because every human being, regardless of religious belief, can benefit from a culture-wide exhortation to be good and to do good. “Happy Holidays!”—the bland, generic, careful greeting of those afraid to offend those who should not be offended—does nothing to spur us toward love, kindness, peace and empathy. “Merry Christmas!” does. This is not just a religious  holiday; it is the culture-wide ethical holiday, the time when everything should be aligned to remind us to take stock of our lives, think about everyone else who lives on earth with us, and to try to live for others as well as ourselves. Christians should be proud that their religion gave such a valuable gift to humanity, and non-Christians should be eager to accept it that gift, with thanks.

It is foolish and self-destructive for there to be a “war on Christmas.” Charles Dickens understood. There is hardly a word about religion anywhere in his story.  There doesn’t need to be. Christmas is the ethical holiday. Christians and non-Christians can celebrate it ir not as they choose, but whether they do or not, the Christmas season is more important than any one religion, even the one that gives the holiday its name.

It is important because it primes us to be good for the rest of the year. There should be nothing controversial about that.