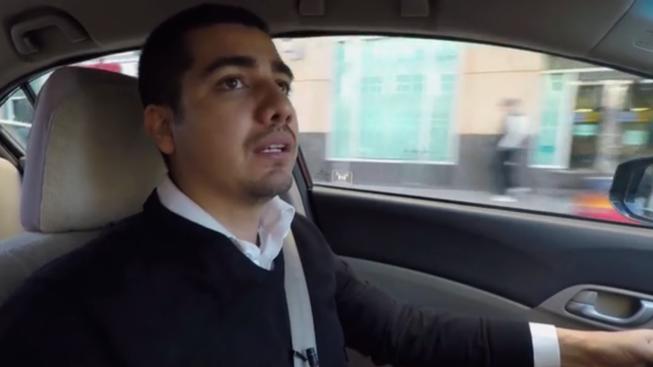 Outside a house in Sacramento, California, two women got into Uber driver Keith Avila’s car with a girl who looked to him like she was just 12, wearing a short skirt.  One of them asked Avila to turn up the music as his car approached their destination, a Holiday Inn in Elk Grove. But Avila could still hear them.

“They were describing what they were going to do when they get there: ‘Check for guns. Get the money before you start touching up on the guy,’” Avila said on Facebook Live, minutes after he dropped off the passengers and had called police to report that the women seemed to be selling a child for sex. Though the girl was 16 and not 12, she was being sold for sex at the Holiday Inn.  Avila was correct.

Police arrested Destiny Pettway, 25, and Maria Westley, 31, on charges of pimping and threatening a minor, and also arrested Disney Vang, 20, whom they “determined…had been involved in unlawful sexual activity with the victim.”

“I told police, ‘If you don’t come, I’m going to go in there myself and take pictures of these guys,’ ” Avila wrote on Facebook. “That’s not a good life, to be under the control of another human being for the purpose of sex trafficking.”

Ethics Alarms has discussed the ethical obligation of citizens to do what Avila did, which falls under many ethics duties: the duty of citizenship, the duty to report crime, the duty to oppose evil, the duty to rescue, the duty to protect children, the duty to fix the problem, and others. It would have been the easiest and most risk-free course for the driver to avoid investigating and learning what might have made him feel the need to get involved, or to refuse to take action even after his suspicions that something wrong was underway had been confirmed.

Instead, he did what ethical citizens are supposed to do, should be raised to do, must be encouraged by the culture to do, but all too often do not.

He saw a wrongful act and a human being in peril, and took timely action.