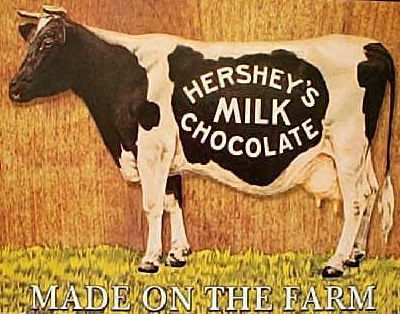 Seven percent of all American adults believe that chocolate milk comes from brown cows, according to a nationally representative online survey commissioned by the Innovation Center of U.S. Dairy, reports the Washington Post. The writer then goes on to explain why this “surprising result” occurred. The main thesis: Americans are now so far removed from farm and food production that ignorance is epidemic.

I have no doubt that too many kids aren’t properly informed by the adults in their lives about basic facts of food and agriculture., just as I know that the average American has trouble placing the Civil War and World War I on a timeline, can’t name more than ten Presidents, and thinks JFK was “great.” I also have no doubt that 7% of the American public is dumber than a box of whoopie cushions.  Taking a poll result like this one at face values, however, shows why the news media was so sure Hillary Clinton would win.

Ann Althouse nailed it in a brief post she calls : “There’s nothing dumber than forgetting that other people might have a sense of humor and are screwing with you.”:

“When you’re studying something among people you look upon as commoners, you’d better stop and wonder: Am I the Margaret Mead?”

(If you are unfamiliar with the Mead reference, this will help.)

Both my father and my son got in trouble in school by repeatedly either refusing to answer what they felt were stupid questions, or intentionally answering them incorrectly. My father was regarded as mentally-challenged because of this stubborn (but very characteristic of him) trait, and was made to, as he told it, “sit in the back with the kid who blew spit-bubbles all day and the other kid who kept waving his hands around.”

I even succumb now and then. In high school, a question on a standardized multiple choice aptitude test so amused me that I answered it incorrectly and decided to check  the funniest answers for the rest of the test. My score suggested that I had the intelligence of a wadded up paper towel. My teacher and the principal were not amused.

I still remember the question. It was..

Lot’s wife was turned into a pillar of…

Guess which one I chose.