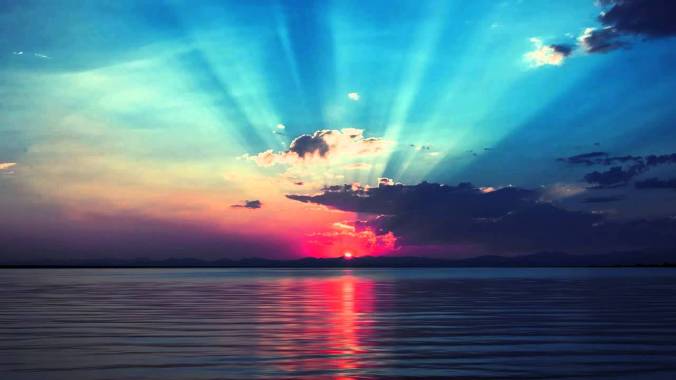 1. “He was right, dead right, as he sped along, but he’s just as dead as if he were wrong.” This was a refrain (from an actual epitaph) my Dad used to recite to hammer the principle into my head: being right is often not enough. I wonder if Chris Christie ever heard it? The Governor of New Jersey is vacationing with his family at a state beach he closed to the public , along with all state parks, as a result of a budget stand-off with the legislature. Technically and legally, he has every right to do this, since governors of the state have the use of a residence on that beach, and the detail that watches it when the Governor is in residence is not affected  by the government shut-down. Christie, in his trademark blunt manner, has responded to criticism by saying, in essence, “I’m governor and you’re not.” He’s right that he’s not taking a special privilege by using his residence when the beach is closed to the public. He’s right that he has no alternative to closing government services when the legislature doesn’t meet the statutory mandate for approving a budget. It doesn’t matter: he also has a duty to preserve trust in the government and democracy. His vacation in a place that he’s made off-limits to the public, no matter what the justification, has the appearance of impropriety, and more than an appearance of arrogance and a broken ethics alarm.

2. The big story yesterday—I can’t believe I’m writing this—was the President tweeting a silly tricked-out video purporting to show him wrestling CNN. This was, to anyone not determined, due to a near fatal level of confirmation bias and the Trump Hate Brain And Conscience Eating Amoeba, to interpret every word and act by this President as evidence of evil, a joke. Sure, it was also gloating, and trolling, and sophomoric, and unpresidential but the long, long list of talking heads and pundits who solemnly pronounced  this foolishness as “advocating violence against journalists” all revealed themselves as untrustworthy, dishonest, or hysterical. This kind of incompetent reaction is why Trump keeps doing this.

Our broken news media will have to be torn down before it can be restored to the objective and non-partisan institution a healthy democracy has to have to survive. If President Trump’s japery accomplishes this—I would prefer journalism to come to its senses internally, but that clearly is not going to happen—that’s a rich silver lining to the cloud of his Presidency.

3. New York Times op-ed writer Charles Blow refers to the President as “a madman” in today’s paper. (I won’t link to it, because I won’t give Blow any clicks. He’s proven himself to be a racist, a bigot, a hate-merchant, and incapable of objectivity or fair analysis. An ethical paper wouldn’t employ him.) Donald Trump is many regrettable things, but “mad” isn’t one of them. All Blow is doing is trying to prop up the latest effort by “the resistance” wing of Congressional Democrats to undo the election, this time using the 25th Amendment. Since the effort itself is unethical as well as cynical and dishonest (the provision applies to when a President is “unable” to discharge his duties, not “Unwilling to discharge his duties the way the opposing party  would have if it hadn’t blown the election.”), so is Blow.

4. Here’s a multi-lateral ethics botch. Let’s start with the Washington Post click-bait headline: White student made ‘co-valedictorian’ with black student, despite having lower GPA, lawsuit claims. It’s a misleading headline.The story doesn’t support the claim, only that there was a claim made in the lawsuit. Lawsuits are full of unsubstantiated claims: facts are news, claims are rumors. The school claims that that a black student and a white student had identical GPAs, and according to policy, shared the honor. The black student’s mother simultaneously says that she “knows” the white student had a lower GPA, yet the lawsuit seeks verification of what the relative grade point averages are….in other words, she doesn’t know. She also objected to the fact that the her son was asked to march behind his white counterpart. (If it was a single file line, one had to walk behind the other.)

It doesn’t help that this is Mississippi,  that the school had a history of discrimination, and that the young man was the school’s first black valedictorian. The mother appears to be assuming prejudicial treatment without evidence. The school was tone deaf, and should have taken steps to avoid this controversy. The Post is publicizing a story when no story has been shown to exist, unless it’s “Toxic racial distrust after Obama leads mother to assume her son was cheated out of an honor.” The lawsuit was premature, impugns the white student, and may be based on suspicion only.

5. A new PBS poll says that 70% of Americans think that civility has worsened since Donald Trump was elected President.

6. I almost forgot: conservative websites and bloggers are complaining because Disney is finally re-working “The Pirates of the Caribbean” ride to get rid of the sex auction and the funny audio-animatronic pirates chasing women, presumably to rape them. I was 14 when I first experienced the original ride, and found these details creepy, though the ride was generally wonderful. Do the critics like rape imagery? Did they find those scenes amusing, and appropriate for kids? This isn’t political correctness now, it was ethics myopia then.

Good for Disney. Why did it take so long?