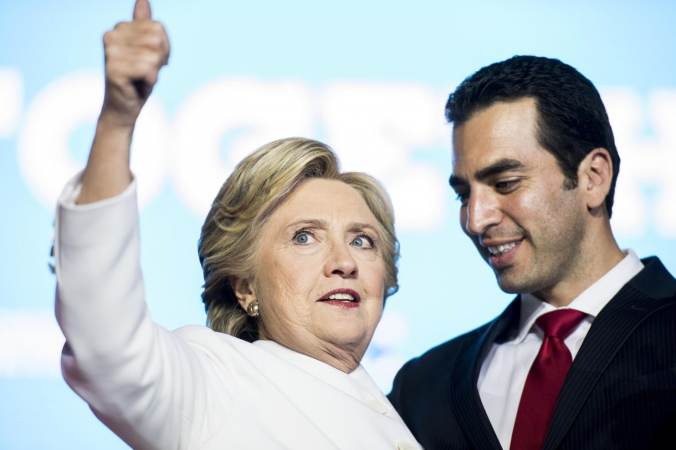 After last week’s appearance on an NPR panel on sexual harassment, hosted by Michel Martin, I posted some important aspects of the topic that I felt needed to be covered, but were not because of time constraints. I wrote in part…

[T]hese accusations can be weaponized, just like rape accusations on campus. Sexual harassment law can be used as a sword as well as a shield, and if provided the chance, I can explain how and give real life examples. One is Anita Hill…

The fact that sexual harassment has to be unwelcome sexual attention in the workplace is not generally understood. It also is unique: what other acts are deemed unlawful, regardless of intent, based on how the object of those acts chooses to react? This feature is why sexual harassment law is viewed by many women and men as inherently unfair. It literally means—I have a skit I use in training that illustrates this—that if actors George Clooney and Steve Buscemi behave exactly the same toward an object of their affections in a workplace setting, and the woman involved finds George attractive and Steve not so much, Steve has engaged in sexual harassment, but George hasn’t.

“When ethics fail the law steps in,” and this is a case where the law is a terrible substitute for ethics. Men like George, and, yes, Trump and even Harvey, are convinced that their touches, hugs, gropes and kisses won’t be unwelcome, and so they don’t think of themselves as harassers. For poor Steve, Al, Louis and other homely non-billionaires, it’s worth a shot, in their mind.

Meanwhile, what is “welcome”? … Is the conduct by a man with a grope or a kiss sexual harassment whenever the woman decides she would have rather it hadn’t happened? That is the issue raised by these late allegations. Let’s say a woman was [ spontaneously ] kissed by Donald Trump, and afterwards, she said to her friends, “That was cool! Donald Trump kissed me, just like that!” Then he’s running for President, and everyone she knows hates the guy, and now she thinks, “Yuck! That creep kissed me! I was one of those women he was bragging to Billy Bush about! He harassed me!”

Is that fair? Is that right? Can a man be retroactively guilty of sexual harassment because a woman’s perception of what happened changes over time?

These and other issues were just raised in one of the latest witch hunt accusations, the claim by a former 2016 campaign staffer of Rep. Ruben J. Kihuen (D-Nev), once a rising Democratic Party star,that he harassed her.

Unlike many of the other notable men who have been run down by the Harvey Weinstein Ethics Train Wreck, Kihuen, at least so far, has been accused of the most common and least horrible form of sexual harassment. The allegations would support the case that Kihuen created a hostile work environment for his subordinate by unwelcome sexual advances.  “Samantha” says that she rejected multiple sexual overtures by Kihuen, including once when when he suggested they get a room together in a hotel. She also says that in two instances he began touching her thigh, and asked if she was open to cheating on  her boyfriend. She says these attentions made her  so uncomfortable—that’s a hostile work environment!—that she quit as his campaign finance director after only five months on the job.

If an employee made these complaints to a business’s HR department, there would be an investigation. No job action could be taken against a supervisor based on her word alone. If there was no substantiation,  the supervisor denied it and no similar accusations had been made by other employees, no company could or should fire the accused individual. Moreover, until an investigation is complete, the position must be that the supervisor is innocent, and will not be penalized pending an investigation. Any other handling of such an episode is unethical: unfair, harmful, and wrong.

Kihuen denies that he engaged in harassment. Yet Nancy Pelosi, she who insisted less than a week ago that “due process” must play out before Rep. John Conyers should have to resign after multiple accusations from women, now says that Kihuen must resign based on one woman’s allegation, before any investigation.

This is true witch hunt stuff. Nothing has been proven. By this standard, a woman can kill a man’s career with an accusation. That is a lot of power. Power corrupts. Pelosi wrote,

Terrible. Anyone who has read my many posts on sexual harassment here knows that I am a not sympathetic to harassers and abusers in the workplace, that I know that the stress and disadvantages they inflict on women are intolerable, and that the workplace cultures that  permit such abuses of power must be reforms as quickly as possible. However, Pelosi’s  “women must be believed” trope, for this is what it is, is still, after all of the disturbing stories unfolding about women’s complaints being brushed aside by NBC, Fox News, Hollywood, and more, wrong to the core. Ask Brian Banks about whether women should be believed without evidence. Ask the Duke lacrosse team, or the men accused by Tawana Brawley, or Jackie’s victims.

It doesn’t matter if Pelosi, arguably on the edge of senility and with a pro-female bias, finds “Samantha’s” account convincing. Give me 20 minutes, and I could write a convincing allegation that Nancy Pelosi raped me with a neon bulb. A convincing narrative isn’t fact. There has to be evidence. Never mind, says the highest ranking elected official in the Democratic Party. Throw Kihuen out. After all, “If some innocent men’s reputations have to take a hit in the process of undoing the patriarchy, that is a price [Nancy Pelosi] is absolutely willing to pay.”

How else can one interpret Pelosi, except as endorsing Emily Lindon’s unethical “by any means necessary” formula?

Here is Kihuen’s statement; his office says that he does not recall any of the incidents in “Samanath’s” allegations :

“The staff member in question was a valued member of my team. I sincerely apologize for anything that I may have said or done that made her feel uncomfortable. I take this matter seriously as it is not indicative of who I am. I was raised in a strong family that taught me to treat women with the utmost dignity and respect. I have spent my fifteen years in public service fighting for women’s equality, and I will continue to do so.”

This is a modified Franken, with a Spacey spin. He declines to admit wrongdoing, something Franken could not do because there was a photo. Like Spacey, he states that what has been described “isn’t who he is,” which doesn’t say he is innocent, just that such conduct isn’t typical. The last two sentences are virtue-signaling, an attempt at Ethics Accounting, like Harvey Weinstein’s reminder that he can be useful fighting for gun control. It’s a boilerplate, #9. apology on the Apology Scale., the non-apology apology:

“Deceitful apologies, in which the wording of the apology is crafted to appear apologetic when it is not (“if my words offended, I am sorry”)…

Yet what options does the Congressman have if he is innocent? If he denies everything, he is refuting his party’s witch hunt rule: when a woman points at you and say “WIIIIIITCH!” all you can do is confess. If he admits his misconduct, then he’s a harasser, and there is no place for him in the House.

Here are some scenarios that could be driving this episode:

A. The Congressman did proposition “Samantha.”  She was flattered, but conflicted. Her reaction gave him reasonable reason to believe that she would not be sorry if he tried again. He did, and she was, again, not unpleased, but his mention of her boyfriend troubled her. She told her boyfriend about the episode. He demanded that she quit.

B. She flirted with him. He flirted back. When his attentions made her realize that she had opened a door that needed to be closed, she became uncomfortable, and quit.

C. She flirted with him, and became angry when he spurned her. This is her revenge.

D. All of her allegations are true, and she did not find them unwelcome at the time. However, after a following out in their relationship, she decided that they were now unwelcome, and she sought to extract some favor from the Congressman in exchange for not making trouble. He rejected any deal. She had been bluffing, but now, with the witch hunt in full bloom, she decided to come forward.

Ten more women could come forward with accusations against Kihuen tomorrow, making this discussion moot. However, as of this minute, the Nevada Congressman.s plight provides a vivid demonstration of the distortion of ethical standards being created by this clash of cultures, perception, law and ethics.

7 thoughts on “The Rep. Kihuen Matter And The Trouble With Witch Hunts”