The cartoon was immediately attacked as sexist and racist. Is any criticism of Williams’ conduct racist, since she couched it as justified as a protest against alleged gender discrimination by umpire Carlos Ramos? Is any caricature of an African American celebrity subject to accusations of racism? Here is another tennis cartoon by Knight mocking a white, male player: 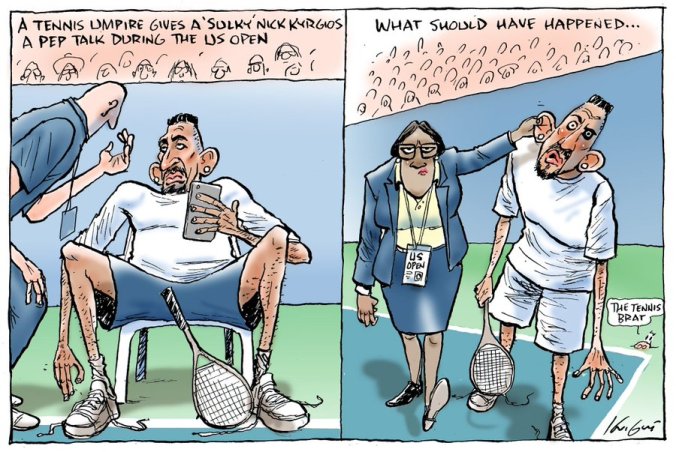 The Washington Post claimed that the Williams cartoon employed “facial features reflecting the dehumanizing Jim Crow caricatures so common in the 19th and 20th centuries.”

Your Ethics Alarms Ethics Quiz of the Day ….

This is a good one for a poll: