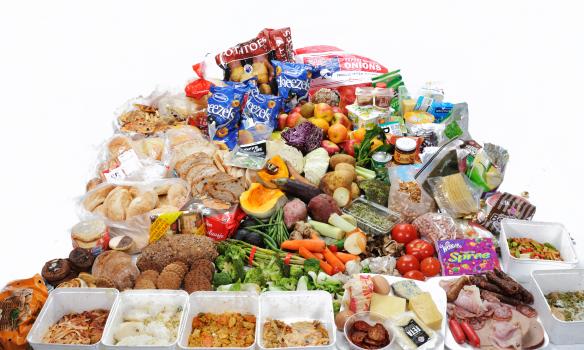 [He’s] abandoning a $77 billion plan to build a high-speed rail line between Los Angeles and San Francisco and will focus instead on completing a 119-mile (190-kilometer) segment in the state’s agricultural heartland. Voters approved a ballot measure in 2008 calling for the linking of Northern and Southern California, a rail project initially estimated to cost $33 billion and be completed in 2020. Subsequent estimates more than doubled the cost and pushed the timeline to 2033. Newsom pledged to finish the segment already under construction through California’s Central Valley. He rejected the idea critics have raised that it will be a “train to nowhere” and said it can help revitalize the economically depressed region.

We’ll see how much that part costs, if it’s ever completed. Meanwhile, Democrats are going to have to declare their fealty to the “Green New Deal,” which pledges to eliminate air travel nation-wide with “high speed rail.”

2. What part of “convenient double standards” is unclear to you? Kelli Goff writes at the Daily Beast (relayed by Ann Althouse, since I have the DB on my Ethics Alarms  Untrustworthy Black List):

“When Rachel Dolezal was unmasked as a white woman who misrepresented her racial and ethnic identity in part to bolster her professional bona fides as a voice of the disenfranchised, she was penalized—heavily. She went from rising media star to late-night punchline, unemployable and impoverished. I don’t wish poverty on Warren, but I don’t understand how her only punishment for a similar fraud seems to be that she may become president.”

Warren, a polished demagogue, got rave reviews for her recent speech throwing her war-bonnet  into the 2020 ring; like Barack Obama, skillful public speaking is the full extent of her qualifications for leadership. But wow—with the Democrats more or less trapped into nominating another woman to run against Donald Trump, what an awful field of openly unethical females they have assembled so far! Warren’s a fraud; Gillibrand is an anti-male bigot; Gabbard is running away from strong anti-gay positions, Harris has attacked the Catholic faith as a disqualifying feature for a judge, and then there’s Hillary, who looks outstanding in this field.

3. And speaking of double standards…In Virginia, two accusations by named alleged victims have not been deemed sufficient for Lieutenant Governor Justin Faifax to surrender his elected position, while in the world of animation, voice actor Vic Mignogna has lost his job because of allegations of unconsented-to hugging and kissing at a convention. [Pointer: Michael Ejercito]

I have recently been working with some corporate and organizational clients on the huggy-kissyface problem at conventions. Yes, I believe it is sexual assault; no, the culture has not been sufficiently clear on the issue of such conduct (except at its most egregious) to justify serious punishment. This is especially true in the world of show business. I HATE being hugged and kissed by colleagues in any setting, but in the theater world it is almost unavoidable, and women are the #1 enthusiasts as huggers (gay men are a close second.)

4. And speaking of Justin Fairfax...we have had a lively debate here about whether mere accusations should force an elected official like Fairfax to step down, as doing so reinforces a “guilty until proven innocent” culture regarding sexual misconduct. This is the dangerous standard #MeToo has championed (when men are the accused) as well as Democrats (when conservatives are the accused.) My position is that guilty or not, a public official is ethically obligated to step down when such accusations and their fall-out make it impossible to do his job, and renders him (or her) a liability to his party and his office.

The latest developments in the Fairfax debacle are a Washington Post editorial calling on him to resign, and the mass resignation of most of his staff. Do these factors tilt the scales toward resignation?

Here are the stages of the Fairfax scandal so far…

I. First accusation of rape (forced oral sex at a political convention).

II. Second accusation of rape (rape while a college student)

5. “Nah, there’s no mainstream media bias,” Big Lie installment. Adrian Vermeule is the Ralph S. Tyler, Jr. Professor of Constitutional Law at Harvard Law School. At some point I should make Professor Vermeule an Ethics Hero simply because he continues to call out leftist propaganda despite being at an institution where doing so has to make him a pariah.

Meanwhile, Chris Hayes is often cited as one of the “good” journalists at MSNBC.  (Pointer: Instapundit)

As always, it’s fun to watch the Trump-haters try to spin this kind of media lie…and Hayes was lying more than once.

6. The Tragedy of the Commons strikes again. News from Eater; suprisingly, some will take advantage of an altruistic company letting people eat for voluntary donations:

Nine years after introducing pay-what-you-can restaurants to several U.S. cities, Panera Bread is admitting defeat and closing down its last remaining non-profit Panera Cares location….The chain opened its first donation-based community cafe in St. Louis, Missouri, in 2010. Under the model championed by the company’s founder Ron Shaich, the restaurant operated like a typical Panera, but offered meals at a suggested donation price, with the goal of raising awareness about food insecurity. “In many ways, this whole experiment is ultimately a test of humanity,” Shaich said in a TEDx talk later that year. “Would people pay for it? Would people come in and value it?” It appears the answer is a resounding no.

…Each restaurant was designed to sustain itself, but the restaurants weren’t financially viable. The Portland-based Panera Cares was reportedly only recouping between 60 and 70 percent of its total costs. The losses were attributed students who “mobbed” the restaurant and ate without paying, as well as homeless patrons who visited the restaurant for every meal of the week. The location eventually limited the homeless to “a few meals a week.”

“We had to help them understand that this is a café of shared responsibility and not a handout,” Shaich said in a 2011 interview about the Portland location. “It can’t serve as a shelter and we can’t have community organizations sending everybody down”…

Gee, who could have seen this coming?