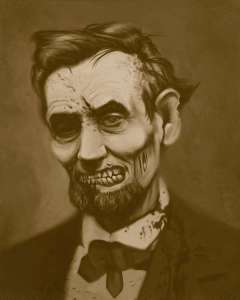 It is increasingly obvious that as President Obama’s re-election prospects appear more perilous, the mainstream media will throw objectivity, fairness and journalistic ethics to the winds in order to improve his prospects. Is this unfair, irresponsible and dishonest? Of course.

The trend is only beginning, but it is alarming to speculate how much worse it will get. It is only May, and the Washington Post has already published anti-Romney hit-pieces based on a prep school hazing incident and, this week, an 1897 massacre perpetrated by Mormons on Arkansas settlers. Yes, that’s “news” if you are dedicated to protecting your favorite President, and the fact that his Justice Department appears to be engaged in an illegal cover-up and obstruction of justice isn’t.

CNN’s mornings, meanwhile, are fast becoming the site of blatant and insidious Democratic Party propaganda. I swear, it wasn’t my fault: I have sworn off watching CNN’s twin Obama operatives, Soledad O’Brien and Carol Costello, for their routine pro-Democratic bias and sly Republican bashing, but my wife had switched on CNN just as I came into the living room to drink my first cup of coffee. Just as I reached for the remote, Costello made my head start to explode one more time, announcing, “The Question of the Day for viewers: Do CEO’s make good Presidents?”

She went on to explain, offering examples of  the kind of CEO’s her viewers should base their judgments on. “CEO’s like Donald Trump, Ross Perot, even Herman Cain [eye roll, sarcastic “what an idiot!” voice. Both O’Brien and Costello employ constant facial and vocal cues to show their favor or contempt.]President George W. Bush, viewers may remember, said that his would be a CEO presidency. So tell us your opinion: “Do CEO’s make good Presidents?”

I know we are up against Hanlon’s Razor here, as we often are when assessing the news media. A good argument could be made that this is just an astoundingly stupid question, rather than one intentionally crafted to raise doubts about Mitt Romney. After all, no true CEO has ever been elected President of the United States, so there is no evidence to base an opinion upon. The question itself is also incorrectly phrased; it is like asking “Do Hindu fakirs make good Presidents?”  “Do you think a CEO would make a good President?” is at least be consistent with the facts.

Costello’s examples of CEO’s to compare Mitt Romney to include one buffoon, Trump, who never has run for President, one third-party candidate widely ridiculed by the media and regarded as an eccentric by everyone else, and Herman Cain, who was thoroughly disgraced as a posturing know-nothing and likely serial harasser by the time he exited the GOP primaries. President Bush is unpopular with CNN’s audience, but could hardly be described as a CEO. He was president of a baseball team, which is often a part-time job and a largely ceremonial position, particularly in Bush’s case. More critically, Bush was elected as a multi-term Governor of Texas, not as a CEO. Since being President or running for President apparently wasn’t a criteria for being listed by Costello as an example of a CEO, why didn’t Costello mention any prominent CEO’s that its audience might have a positive opinion of, like Steve Jobs, Warren Buffett, Jack Welch, Bill Gates, Ted Turner, Ray Kroc, or Lee Iacocca?

The objective of the contrived “Question of the Day” was to place Mitt Romney in a negative light, and assist the campaign of President Obama. The question doesn’t even apply to Romney, any more than it applies to Bush: Romney isn’t just a former CEO, but a former Governor of Massachusetts. Do Governors make good Presidents? That’s also a stupid question, since there have been good ones (Reagan, Jackson, Polk, both Roosevelts, Cleveland), bad ones (Carter, Van Buren, Wilson) and a lot in between, but at least there have been some, and Romney qualifies.

I know I haven’t cataloged all the fatuous CNN Questions of the Day, but I’m willing to bet my head that Carol never asked her audience in 2008, “Do community organizers with no executive or management experience whatsoever make good Presidents?” That question might have been one it would have been worthwhile for the public to think about, but CNN, like most of its news media colleagues, had other plans.

Obviously, it still does.

6 thoughts on “Insidious Bias: CNN’s “Question of the Day””