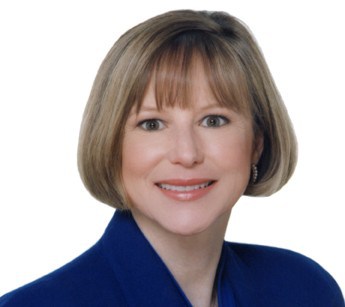 Judge Boyd, being judged. (The earlier photo posted was NOT Judge Boyd. I apologize to the judge, readers, and whoever’s photo that was, for the error)

The newsmedia and blogosphere are going bonkers over the sentence given to Ethan Couch, the 16-year-old Texan who pleaded guilty last week to four counts of intoxication manslaughter and two counts of intoxication assault causing serious bodily injury. He had a blood-alcohol level three times the legal limit (Couch had stolen beer from a Walmart), plus traces of Valium in his system, when he lost control of  the Ford F-350 pick-up he was driving (over the speed limit) and slammed into four people trying to fix a disabled car on the shoulder. They were killed; two of his seven passengers were critically injured. Prosecutors proposed 20 years in jail as the proper punishment for Couch, but his attorneys tried a novel defense: they had experts testify that their client suffered from “affluenza,” a malady caused by his rich, amoral, neglectful parents, who taught him (the theory goes) that there are no consequences for anything, if one has enough money.

Rejecting the prosecution’s argument, State District Judge Jean Boyd, presiding over the Fort Worth Juvenile Court, shocked everyone by sentencing Couch to only 10 years of probation—no prison time at all. The gist of the media outrage: once again, the life philosophy of Couch’s sociopathic parents is validated. The rich get away with everything: a poor, minority defendant who engaged in the same conduct would have been imprisoned. This is the injustice of the criminal law system in America.

Maybe. But let’s not get ahead of ourselves.

I think the judge, despite what we are hearing from the media, may have done her job well.

1. I have no idea whether Judge Boyd’s sentence was appropriate or not, and neither do you, nor does any commentator, pundit or radio host that didn’t sit through the trial. If judges made rulings on cases by simply reading summaries of the facts, arguments and testimony—that is, exactly what all of the critics are basing their howls on, if even that—-everyone would agree that the practice was unwise, unfair, and likely to produce bad  jurisprudence. The game of second-guessing judges and juries, primed by instant call-in or online polls responded to by casual voters leads to a lynch mob mentality, where people who learn about case results second and third hand inflame everyone they know, and soon a cultural consensus is in place regardless of relevant facts. Should we question verdicts and sentences that seem wrong to us? Absolutely. There are bad verdicts and unjust sentences. I highlighted one recently that I would be stunned if any additional information surfaced that could justify it. Still, even in that case, it could happen.  Judge Boyd has more experience and knowledge about this case in her court than any after-the fact kibitzers. She deserves the benefit of the doubt, when there is doubt, and there usually is.

2. Once again, we have an example of a defense being raised in court that many observers find repugnant. At a gut level, the “afflueza” argument seems ridiculous to me, even if, as I strongly doubt, there is such a clinical malady as “affluenza.” A teen misbehaves because he has never had to face the consequences of his own actions, so the judge should once again not hold him responsible for his own actions? Talk about an argument that cuts both ways. Still, if the lawyer believes that such defense is his client’s only chance of avoiding the hoosegow—and what other defense is there for an incident like this?—then he not only should try it, he has an obligation to try it.

3. The media reporting on this case has ranged from misleading to incompetent. Here, for example, is Time:

“The defense saved him from a 20-year sentence; State District Judge Jean Boyd bought it at his sentencing on Tuesday and gave Couch probation instead.”

Here’s an editorial writer for the Dallas News:

“Boyd apparently swallowed whole the defense argument that Couch was just a poor, little rich boy effectively abused by parents who set no boundaries and gave him everything except actual parenting.”

And here is the reliably truth-challenged Daily Kos:

This is the theme in the coverage: most of the cable news shows headlined the story that way: a judge was lenient on a drunk driving killer because he was too rich and privileged. There is no evidence I can find that the “affluenza” defense influenced the judge: she apparently didn’t refer to it in her sentencing. I especially like the Daily Kos author’s “actually sided with the defense” claim; well, yes, any time the judge doesn’t accept the maximum sentence recommended by the prosecution you can say she “sided with the defense.” Nevertheless, there is nothing on the record to indicate that Boyd “bought” the defense’s theory.

The news media is flagrantly endorsing the false rationale of post hoc ergo propter hoc—“after this, therefore because of this.” For all anyone knows, the judge would have handed down the same sentence without that defense and its supporting testimony.

4.  Boyd’s actual sentence was carefully thought out, and she did not suggest that he was not responsible for his actions or their results.  She ordered the 16-year-old to receive therapy at a long-term, in-patient facility. His parents were ordered to pay the $450,000-a-year cost for his treatment, which could last several years. Prior to treatment, Couch will stay in Tarrant County juvenile detention until the juvenile probation department prepares a report about possible treatment programs. If the teen violates the terms of his probation at any point, he could be sentenced to prison for 10 years.

In making her order, Judge Boyd told the victims’ families that no sentence would lessen their pain. Directing her remarks to Couch, she made it clear that he, not his parents, is responsible for his actions.That doesn’t sound to me like an endorsement of “affluenza.” Boyd explained that she is familiar with the programs available in the Texas juvenile justice system , and that teens often fail to get the kind of intensive therapy in a state-run program that they would receive at the California facility where she was sending him. This is a sentence crafted to reform and treat a child whose life might still be salvaged.

5. Not that the national media was paying attention, since it wanted to sensationalize the story, but Scott Brown, one of Couch’s attorneys, pointed out that  his client could have been freed in only two years if Judge Boyd had sentenced him to 20 years. “She fashioned a sentence that could have him under the thumb of the justice system for the next 10 years,” Brown said. Judges understand the realities of the justice system: whatever the perception, it can be argued that she gave Couch a tougher sentence than what was requested by the prosecution, as well as one that sought to achieve positive results beyond simple retribution.

6. Doesn’t a judge have an obligation to send a powerful message to other teens, by harshly sentencing Couch to long, hard time? That’s a legitimate view of judicial ethics, but not the only one. Boyd, like many judges, may believe that her obligation is to regard each case as unique, and to sentence defendants according to what she believes is in the best interest of society regarding that particular case, not the generic category of cases. Her judicial duty is to balance a multitude of interests. The desire of the families of the victims to see Couch suffer is not one of the interests that deserve to be taken into consideration, not are the sensibilities of armchair judges in the media. There will be consequences of Ethan’s actions that will restrict and govern his life for a long time. In 2o years, Texas may have created a productive and responsible member of society, rather than a 36 year-old ex-con. If so, justice will have prevailed.

7. Boyd is an elected judge, and one who is not running for re-election. Would she have made the same decision about how to handle Couch’s case if she had to face the voters once more? Whether her sentence was right or wrong, I hope she possesses sufficient integrity and courage that the answer to that question is yes.

[She’s late, but esteemed blogger/law professor Ann Althouse comes to many of the same conclusions in her post, here.]