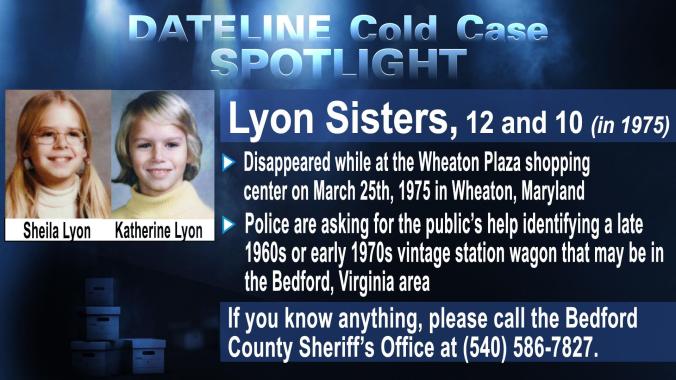 Just months after suburban Maryland parents Danielle and Alexander Meitiv were cited by Montgomery County’s Child Protective Services for “unsubstantiated neglect” for allowing their children Rafi, 10, and Dvora, 6, to walk home from a park close to home, the defiant parents let their kids to do it again. Again, someone called 911 (anonymously), and again the children were picked up by police.

This time, the police took the Meitiv children to Child Protective Services headquarters and for some reason didn’t tell the parents, who, naturally enough, freaked out. Five and a half hours later the agitated children and frantic parents  were reunited. You can read about the initial incident from the mother’s perspective here; and obviously Lenore Skanazy is in full battle array on her “Free Range Kids Blog.” Columnists everywhere are rushing to their keyboards to write columns like this one, by the Washington Post’s Petula Devorak, titled “Why Are We Criminalizing Childhood Independence?”

The ethics of this issue are more complicated than simplistic “We used to walk around freely all the time when we were kids and it was more dangerous then than now” reminiscences are equipped to explore.

Analyzing this ethics conflict (“when two or more ethical principles are in opposition”)  screams out for the useful starting point for ethics analysis:

Before I answer, let’s get a couple of ethics verdicts out of the way:

The Montgomery County police:  Obviously taking the children into custody without notifying the parents was a major mistake, and wrong. There is no defense. Was somebody trying to solve the conflict by teaching the free-range parents a lesson? I wouldn’t be surprised. That would be an abuse of power; neglecting to inform them that their children are safe is otherwise just incompetent.

The Meitivs: They were told by Child Protective Services that they were being monitored, and were essentially on child endangerment probation. They sent their children out alone again, doing exactly what they had been told not to do. This was using their children as pawns in their battle against the County. Whether they or the County are right, half-right or wrong about how young children should be supervised and what the role of government is in protecting them, the Meitivs defied the authorities and used their children to do it. They share responsibility for what happened.

The anonymous 911 caller: According to the Montgomery police report, an anonymous caller alerted them about unattended children,  and they found the kids in a parking garage where a “homeless subject” was “eyeing the children.” Was the caller a meddling hysteric or a responsible citizen? The answer is either, neither, or both. Do we want community members to be alert and to err on the side of caution when something in their gut tells them that children may be in peril, or do we want them to think, “Hey, none of my business!”?

In a controversial post last year in which I sided with a bystander who investigated what he saw as a suspicious public photo session that might have been human trafficking, but that was really a professional photographer using his adopted Asian daughters as subjects, I wrote,

We all have an obligation to look out for each other, and along with that comes an obligation to be understanding, forgiving and to extend the benefit of the doubt when a well-considered intervention is based on seeing a situation from the wrong perspective. Gates’ [the photographer/father] correct and ethical response to the man, after explaining what was going on, should have been, “Thank you for looking out for my girls.”

Absent more information, I think this applies to the 911 caller as well.

Now on to that crucial question: What’s going on here?

On March 25, 1975, 12-year-old Sheila Lyon and 10-year-old Katharine Lyon, daughters of a popular D.C, area radio personality, walked by themselves to the mall in Wheaton, Maryland , and were never seen again. A massive police search found no sign of the girls. Over four decades, police have pursued numerous leads and identified potential suspects, but have never charged anyone. The case remains open, and is a lingering nightmare to the entire region. Just this February, the case was in the news again, as another suspect was identified.

Should a 40-year-old mystery restrict the freedom of children and the liberty of parents to set boundaries as they see fit? No, but it will, and it does, and pretending that it won’t or that human nature will respond any differently from how it always has is not helpful. This is the Barn Door phenomenon (“locking the barn door after the horse has fled”), which works in several ways. Sometimes there are practices that we should objectively realize are too risky and dangerous but do not until a disaster occurs, and then we over-react. Sometimes a completely reasonable practice with a low risk probability results in the unlikely disaster, and as a result the practice is no longer seen as reasonable, although it is. Human beings learn from experience, not projections.

Once a disaster has occurred, those in positions of authority are in an impossible situation. They can, like the mayor of Amity in “Jaws,” argue that the disaster was a one time fluke and take no steps to reduce the risks. You know how that turned out for Larry Vaughn. On the other side of the spectrum, they can install extensive measures that restrict freedoms and the enjoyment of life, as schools and communities did, and are still doing, in the wake of the Sandy Hook shooting hysteria.

Human nature as well as bureaucratic nature gravitates to the second approach, and if the Meitivs and other free-range advocates were interested in or capable of seeing the issue objectively, they would understand why. CPS officials issued a statement this week saying, “Protecting children is the agency’s number one priority. We are required to follow up on all calls to Child Protective Services and will continue to work in the best interest of all children.”

Translation: “Do you think we’re crazy? What if someone calls 911 about two kids, we say, “Oh, those are just free-range kids, nothing to worry about,” and they end up like the Lyon sisters? We get sued. We get fired. We get condemned by the community.”

And of course, they are right.

It’s simple, really. Parents like the Meitivs need to sign a binding contract in which they agree not to hold any government agencies responsible for the welfare of their children and directing them to ignore 911 calls and the expressed concerns of anyone but the parents themselves. The children should carry ID cards that mark them as free-range kids, and direct officers to leave them alone unless they are being attacked, threatened or victimized. The parents should also be required to waive legal action if their unsupervised children’s injuries or deaths are attributable to the lack of supervision by a child that is 13 or older. (A state law mandates that children younger than 8 must be left with a reliable person who is at least 13, but that only applies to enclosed spaces.)

I am being facetious, of course. As we all know, once such children actually fell victim to tragedy, the community would never permit such a waiver. The barn door would be locked and double locked.

In a way, the Meitivs are like the mother dangling her toddler over the cheetah exhibit.  It’s safe, until it isn’t: they are challenging moral luck. If their children get mauled by a stray dog, or attacked by a PCP addict, or kidnapped by a child predator, or sucked into another dimension, everyone will say, “See? Those irresponsible parents let their children roam free, and look what happened!” The Meitivs might even say it themselves. And laws and greater restrictions than  the Meitivs have had to deal with will be put in place, because the perception will be that it is irresponsible not to.

Anyone who objects risks becoming Larry Vaughn, Mayor of Amity.

Belonging to a community sometimes requires members to adopt community standards that they don’t agree with or believe in, or to find themselves in constant conflict. Fairly or not, suburban Maryland, where two young girls, roaming free, vanished without a trace, is not the place to be a free-range kids crusader.

Meanwhile, allow me to hope that Sheila Lyon and Katharine Lyon were picked up by benign alien visitors like all those people in “Close Encounters of the Third Kind,” and will eventually be returned, healthy, wiser, and not having aged a day.

That would really be great.

30 thoughts on “In Maryland, Tempting Moral Luck And The Barn Door Phenomenon In A Free Range Kids Ethics Conflict”