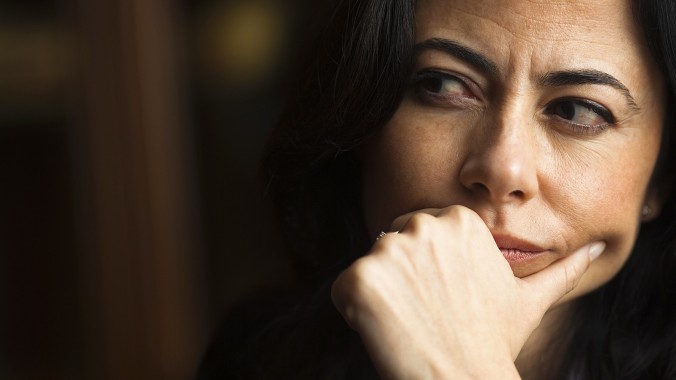 In Part I I examined the considerations involved in assessing whether the Ben Rhodes affair, which I also discussed here, is factual and justifies dire conclusions about our government.

Part Two will attempt to objectively assess the two other news stories that seem to compel progressives, in full confirmation bias mode, to deny, ignore, or trivialize, and conservatives, also driven by bias, to take as proof that conspiracies are afoot. Those stories both come down to suspicion and trust:

“Several former Facebook “news curators,” as they were known internally, also told Gizmodo that they were instructed to artificially “inject” selected stories into the trending news module, even if they weren’t popular enough to warrant inclusion—or in some cases weren’t trending at all. The former curators, all of whom worked as contractors, also said they were directed not to include news about Facebook itself in the trending module.

In other words, Facebook’s news section operates like a traditional newsroom, reflecting the biases of its workers and the institutional imperatives of the corporation. Imposing human editorial values onto the lists of topics an algorithm spits out is by no means a bad thing—but it is in stark contrast to the company’s claims that the trending module simply lists “topics that have recently become popular on Facebook.”

And, like a typical newsroom, Facebook’s bias is heavily weighted to the left. The Senate has announced that it is investigating news manipulation at Facebook, though I can’t see on what theory.

“Facebook does not allow or advise our reviewers to systematically discriminate against sources of any ideological origin and we’ve designed our tools to make that technically not feasible. At the same time, our reviewers’ actions are logged and reviewed, and violating our guidelines is a fireable offense.”

Leaving aside confirmation bias and eschewing the six reactions to such stories I listed in Part I (I don’t believe it, AHA! I knew it!, So what?, ARGHHHH! We’re doomed!, Good, So how did the Mets do today?), we’re left with a “he said/they said” controversy that is either a stalemate, with the default judgment having to go to the side that actually has the guts to reveal its name, or a case of “Who do you trust?”

Does this seem like something Facebook would do? Well, let’s see, Facebook already admitted that it had performed unwilling experiments on random users to see if it could manipulate their moods. Facebook was credibly accused of restricting users from access to 30,322 emails and email attachments sent and received by Hillary Clinton during her tenure as Secretary of State.  Last month, a report found evidence of  Facebook censorship on pro-Trump and negative Hillary news, and a Facebook employee’s question about whether Facebook should actively take measures to impede Donald Trump was discussed here.  Facebook founder and CEO Mark Zuckerberg is a big Democratic donor. Facebook’s fellow social media giant Twitter has been censoring some high-profile conservative users lately.

Gee, are there any reasons not to trust these people?

Of course there are. In fact, there is no reason to trust them at all.

Are the accusers any more credible than Facebook’s denial? No, they are less so. First, they worked for Facebook. Second, by their own account, they did what they now indicate that they knew was wrong. Third, they are anonymous sources. Fourth, this is exactly the kind of ambush that disaffected former employees would make during an election cycle to do maximum harm to Facebook. Fifth, Gizmodo isn’t exactly trustworthy either, and has been on  a Facebook hunting expedition for a long time.

Pagliano would have been required to turn over any official communications from his work account before he left the government. State Department officials say he had an official email account, but that they can’t find any of those records he would have turned over and continue to search for them.

“The Department has searched for Mr. Pagliano’s email pst file and has not located one that covers the time period of Secretary Clinton’s tenure,” State Department spokesman Elizabeth Trudeau said today, referencing a file format that holds email…

This statement about Pagliano’s email comes in response to a FOIA request-turned-lawsuit by the Republican National Committee, which wants the State Department to turn over all his emails as well as Clinton’s text and Blackberry Messenger communications. In a court filing today, the RNC said the State Department has told them there are no documents responsive to either of those requests.

Pagliano was responsible for setting up the now-infamous private server in the basement of the Clinton’s home in Chappaqua, New York. He has since become a key witness in the FBI inquiry into the handling of sensitive material on that server and has been granted immunity by the Justice Department in exchange for his cooperation.

“It’s hard to believe that an IT staffer who set up Hillary Clinton’s reckless email server never sent or received a single work-related email in the four years he worked at the State Department,” the RNC’s Deputy Communications Director, Raj Shah, said in a statement to ABC News. “Such records might shed light on his role in setting up Clinton’s server, and why he was granted immunity by the FBI. But it seems that his emails were either destroyed or never turned over, adding yet another layer to the secrecy surrounding his role.”

This is the most serious of the three stories. Clinton, we now know, already destroyed about 30,000 of what she said were personnel emails after learning that there would be an investigation by Congress. As she well knows, if she did this in a civil or criminal investigation, she would be committing the crime of spoliation, and if, as a lawyer, she advised a client in her position to do it, she would be disbarred. This has matured into an FBI investigation now, and if–what a coinky-dink!—exactly the e-mails that one would expect to related to the Secretary’s conduct regarding her e-mails just happened to have evaporated, that strongly suggests destruction of evidence.

However, the State Department, like all Obama agencies, has festered in incompetence without accountability for years. The fact that the Secretary of State could act as Clinton did–ignoring required tech briefings, refusing to use an official Blackberry, being allowed to oversee State while being willfully ignorant regarding crucial procedures and technology—proves it. Maybe the e-mails were lost, maybe they were inadvertently destroyed, maybe this is a criminal cover-up….and maybe these bozos, especially after a nudge from a judge, will find them someplace yet. All are almost equally likely.

This is a corrupt and unethically political administration, however. If it were not, an independent counsel would have been appointed, just as one should have been appointed to look at the IRS allegations. If Obama wanted to be as transparent as he promised to be, if he didn’t know that Democrats were so determined to prevail at any cost and would forgive  anything, he would have insisted on independent counsel in these scandals and, come to think of it, “Fast and Furious,” too. But Obama does not want to be transparent, and he has shown that he will warp and distort the justice system to protect his political agenda.

A quick aside: everyone always asks why Richard Nixon didn’t immediately destroy the White House tapes. I believe the answer is that Richard Nixon, unlike Obama a real lawyer and a brilliant one, knew that doing so would be illegal, and he regarded himself as an ethical lawyer and an ethical man. Nixon didn’t think of himself as a crook, and couldn’t live with himself if he did. He probably also didn’t recall that there were incriminating statements in the tapes, but most of all, an outright crime like destroying evidence would never occur to him; it would violate his own self-image. No such impediment exists among many State employees who may have destroyed Pagliano’s emails. There are likely so many glassy-eyed Democratic or progressive drones at State that regard protecting Clinton, the Party and Obama as a prime directive that a mass dump is more than plausible.

In this case, Hanlon’s Razor makes sinister conclusions regarding the missing e-mails less certain they otherwise would be. Habitual incompetence, in other words, remains a reasonable alternative.