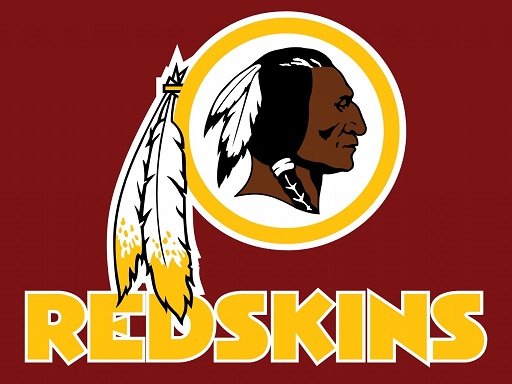 My Washington Post is filled with articles and columns reacting to the “surprising” poll results released yesterday—a poll taken by the Post itself— that appears to settle a manufactured controversy of long-standing. If it doesn’t, that will tell us more about those who resist than it does about the merits of the controversy itself.

The Washington Post-commissioned poll shows that 9 in 10 Native Americans are not offended by the Washington Redskins name, despite a steady tom-tom beat of complaints and insults from activists, pandering politicians, cultural bullies and politically correct journalists insisting otherwise. The poll, which was analyzed by age, income, education, political party or proximity to reservation, shows that the minds of Native Americans have remained unchanged since a 2004 poll by the Annenberg Public Policy Center found the same result. (Actually,  Native Americans are somewhat less offended by the name than twelve years ago.)

The immediate question that the poll raises is one that Ethics Alarms has raised repeatedly as a rhetorical one. As the Post wrote today, speaking specifically of the segment of the sports media that had been so doctrinaire in attacking the name, even to the point of censoring it:

To ask the question is to answer it.  If the name in fact isn’t offensive to the group it is claimed to offend, then it is ridiculous for non-Native American to continue to be offended on their behalf.

Thus the poll results pose an excellent test of integrity and honesty for all of the liberals, politicians, political correctness junkies, pundits, social justice warriors and fringe Native American activists who have been so insulting and shrill to supporters of the name. Do they have the courage and fairness to admit they were wrong? Can the ideologically programmed ever do this: do facts matter, or is it essential for them to interpret the world according to cant rather than bend, adapt and compromise to inconvenient, messy reality?

Well, we shall see. The Post’s early results do not speak well for the anti-Redskins zealots.

There are some ethical outliers. Frank Deford, the veteran Sports Illustrated writer and NPR commentator told the Post,

“I’ve always thought you should call people what they want to be called. Cassius Clay said call me Muhammad Ali, and we had an obligation to call him what he wanted. That, to me, would be the analogy. If 90 percent of Native Americans feel this way, I just can’t see what justification there is to remove the name.”

Deford is a reliably knee-jerk media liberal too: he proves it by saying he was “terribly surprised” by the poll. Why would that be, since his own home publication, Sports Illustrated, published the earlier poll with identical results more than a decade ago? The answer is that in order to maintain that any ideology or ideologically determined position is correct, one must constantly deal in denial, rationalizations and confirmation bias. At least he shows himself capable of being jolted into admitting that a position was wrong.

There was also an op-ed by Robert McCartney, a Post senior regional correspondent and associate editor, in which he announced that he would drop his public opposition to the name, concluding,

“[N]on-Indian critics like me can’t ignore the poll results or pretend they make no difference. Those who have opposed the team name include more than a quarter of Washington-area residents, along with President Obama, Mayor Muriel E. Bowser and 50 Democratic U.S. senators. Many of us thought we were defending a group that needed support. But it feels presumptuous for us to say we know Indians’ interests better than they do. We can’t argue that 9 out of 10 Indians somehow just don’t realize they’re being insulted. Some Indians told The Post that they actively support the name, because its use means Native Americans haven’t been forgotten. In light of the new facts, we non-Indian critics should stop pressing the team to change its name. We should drop the cause, even if we privately dislike the moniker. We shouldn’t let the name stand in the way of building a new stadium. If we really want to help Indians, we should instead advocate for better schools, job opportunities and social services for them.”

This is all wise and reasonable, except that neither the results of the poll or the conclusions it compels are in any way “new.” You can peruse the many essays  about the Redskins or alluding to the issue on Ethics Alarms to confirm that. Multiple times, a strong case has been made here that the efforts to force the team and its fans to accept a name change dictated by groups using the issue to gain power and influence…

…was political correctness bullying of the most unethical sort, and

…that a name not intended as a slur and not taken as one by the group supposedly insulted isn’t a slur;

…that the history of the name in connection with the NFL team was not even related to Native Americans,

…that team owner Daniel Snyder had a Constitutional right to name his property as he pleased, and

…that available evidence showed that the name he insisted on keeping wasn’t actually offensive but merely technically and theoretically offensive according to those offended on behalf of others…in other words, not offensive at all,

…all of which was true and is true. Never mind: the Senate Democrats sent one of the Obama Administration’s “Dear Colleague”-style letters to Snyder, illicitly using a threat of government power to chill a citizen’s First Amendment rights. The Obama Office of Trademarks and Patents issued a political and, I am confident, unconstitutional ruling that the Redskins name violates the 1946 Lanham Act, which bars federal trademark registrations that “may disparage persons, living or dead, institutions, beliefs, or national symbols, or bring them into contempt, or disrepute.” Publications and radio stations “banned” the name, a breach of basic principles of freedom of expression and a violation of journalism ethics. Most of all, the anti-Redskins zealots were so, so condescending, arrogant and nasty about their cause, while using dishonest analogies and false logic to support it.

So does being a progressive social justice warrior fighting to avoid offending those who aren’t offended mean that you “never have to say you’re sorry?” It sure looks like it.

“As I said in my halftime essay, and have repeated since, I do not believe there is any offense intended by the Redskins team name or by its fans. But as I have noted, this is a football issue and there is a distinction between this issue and others that might be influenced by political correctness run amok, and it is simply this: Every dictionary defines Redskin as an insult, a slur, a derogatory or pejorative term. That is what separates it from names like Chiefs, Braves or Warriors, which are not, by definition, offensive.”

This is the ‘technically’ offensive argument. But  dictionaries are references on words, not team names. “The Giants” are not giants, nor does the name designate the team members as giants. The Padres aren’t Padres, and the Red Sox aren’t socks. The names are just names, which is why Webster’s dictionary states that the term “redskin” is usually offensive. When isn’t it offensive?

When it is used to name a football team that people cheer for and love, and use the name in nothing but a positive context having nothing whatsoever to do with Native Americans—that’s when.

Christine Brennan,  USA Today sports columnist and a sports commentator for ABC and CNN, who is one of those who censors the name, writing and saying “Washington NFL team” instead of “Redskins”:

“I’m offended by the name. I just can’t say it. A poll isn’t going to change my opinion. I will never make a decision about anything in my life, much less this, based on a poll.”

Oh, FOUL, Christine. This is a disgraceful and damning position for a journalist to take, for it translates into “My mind is made up, don’t confuse me with facts.” How can you be offended by a name that has no relationship to you in any way? You are offended because it should be offensive…wow. A better example of the mad logic of extreme political correctness would be difficult to conceive. Worse still is the poll straw man. This isn’t about polls. When polls are used to support policies on the basis of supposed public opinion, they are inherently untrustworthy. This poll, however, measures the alleged basis of Brennan’s justification for being “offended.” The results are overwhelming, and they show that Brennan’s assumptions were wrong.

‘I don’t let polls rule my life’ is a dodge, and a cowardly one.

Mike Wise, ESPN columnist, who has been vocal on this issue:

“To me, this has never been a Native American issue. You don’t have to be Native American to be offended. I don’t like hearing the n-word even though some people in the African American community aren’t offended by it.”

Nonsensical. The nigger/Redskins comparison is the bottom of the barrel argument on this topic, a false comparison, and the watermark of a lazy thinker and race-baiter. “You wouldn’t name a team ‘The Washington Niggers,’ would you?” No, because people don’t name teams after slurs, or attach names that indicate contempt and hatred for a group to another group that they regard as sports heroes to be supported and cheered. The football team is named “Redskins” because in this context, it isn’t a slur and can’t fairly be accused of being one.

Wise is wise to find the use of “nigger” offensive because the vast, vast majority of African-Americans also find it offensive. But 90% of Native Americans isn’t “some.” It’s “almost all.”

“Our view is a lot of readers find it offensive. Most people would not use this word face to face with a Native American to describe that person. Therefore, we choose not to use it.”

What a cop-out! I’d guess that in Washington, D.C., a lot of readers find Donald Trump’s name and face offensive too. I know I do.  All it takes to get something banned in the Washington Posts for “a lot” of people to find it offensive, Fred?

I’m sure you will be shocked to learn that Senate Minority Leader Harry M. Reid told the paper that The Post’s findings would not alter his view that the name is offensive. That is to say, proof that the name isn’t offensive won’t change his opinion that it is.

Oh, this is a wonderful integrity test. I bet you’ll be able to guess how many of your favorite progressives will do on it.

Let’s see how many of them have the character to say, “I was wrong. I’m sorry.”

27 thoughts on “The Redskins Native American Poll: Integrity Check For Progressives And Race-Baiters”