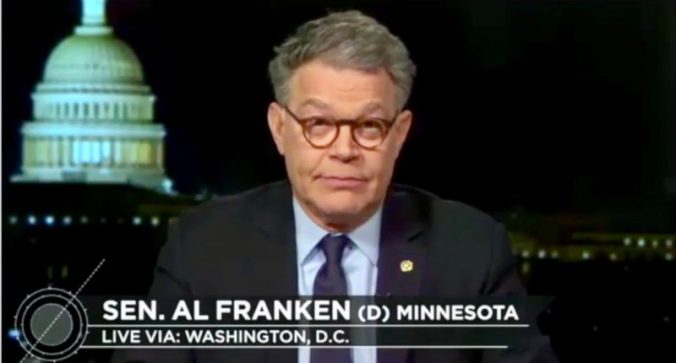 Let me begin by saying how happy I am that the mainstream news medias “fake news” gambit, where it attempted to blame President Trump’s election on ridiculous hoax stories spread on social media to distract from its own biased, dishonest and incompetent reporting, has blown up in its metaphorical face like those Acme booby traps do to Wile E. Coyote.

Here’s a new and especially stupid example of the biased, dishonest and incompetent reporting, although “dishonest” wasn’t in play.

The website Pop Suger posted an extremely inept and confusing story concerning U.S. Olympic fencer Ibtihaj Muhammad, who made history in the 2016 Olympics as the first female Muslim American to medal for the United States and the first American to compete in the Games wearing a hijab. The site and the reporter signal their untrustworthiness and Bias Makes You Stupid (BMYS) credentials by writing of the controversial immigration halt Executive Order,

“The executive order blocked thousands of refugees, immigrants, and visitors from seven predominately Muslim countries from entering the United States before it was struck down by a judge many days later.”

No, you ignorant dolts, the order was not and has not been “struck down.” It has been subject to a temporary restraining order, which is absolutely not the same as being struck down, as any second year law student intern could have told you if you cared more about accurate reporting  than bashing the President.

The story described Muhammad’s statements when she took the stage at a conference last week  and answered a question about the “travel ban” by saying that she had been personally “held at Customs for two hours just a few weeks ago.”  The athlete is not as adept at time sense as she is at her sport, because she eventually had to clarify that “just a few weeks ago” meant “in December.”   The website followed  with an update, but never mind. TIME saw her statement, didn’t check the time frame or notice the update, and tweeted yesterday (remember, the story was clarified two days before, and was wrong to begin with) the headline in TIME’s “Motto.”

The U.K.’s Independent went with a story titled, “US Olympic fencer Ibtihaj Muhammad says she was detained by Customs after Donald Trump’s ‘Muslim ban.’

The Hill published an article whose opening paragraph read, “A Muslim-American Olympic medalist says she was detained by Customs for nearly two hours without explanation after President Trump’s travel ban was instituted a few weeks ago.”

Remember,  Muhammad was detained in December of 2016. Barack Obama was President. Trump’s Executive Order was just a twinkle in his eye. Never mind, though. TIME has yet to pull down its tweet, and several of the news sources haven’t corrected the story. None of them have explained how they got it wrong, which would make them look like the hacks they are. The liberal, as in mainstream, media, hasn’t reported  its own botch, either. Why? Because they don’t want the public to know how utterly untrustworthy their reporting, editing and fact-checking is, especially while they are swept up in the Left’s strategy of undermining the ability of the Trump administration to govern.

Yet that is definitely something the public needs to know. What does the mainstream news media think is important? Certainly not the unethical journalism of its compatriots. But  the fact that someone at the Republican National Committee posted a dubious Lincoln quote on the 16th President’s birthday was worthy of long, mocking articles in The New York Times, The Washington Post, The Hill, Huffington Post, Yahoo!, AOL, ABC,  in Vox, and other sources, none of which, so far, have bothered to cover the collective media smear by false facts. Their argument, I’m sure, would be that Ibtihaj Muhammad would have been detained had she traveled “a few weeks ago,” so the story was true enough.

This is called “the Rather Principle.”

And that, my friends, is how and why we get fake news, especially when Trump, immigration, Muslims, women, and an opportunity to show a sympathetic victim of “Nazi” policies are involved.

What do you think of people with whom you have private conversations, and then without your permission tell others what you said about them? I think they are jerks who have betrayed my trust, and I never, ever trust them again. This is straight Golden Rule stuff. You don’t do it, because you know you would be furious if someone did it to you.

Ah, but when President Trump is involved, the Golden Rule doesn’t apply, fairness doesn’t apply, one’s duty not to use the statements of others as weapons without their consent when they thought a discussion was just between the two of you doesn’t apply, and common decency doesn’t apply…at least not if you are a Democratic Senator.

Jerk I is Senator Richard Blumenthal ( D-Conn.)  While meeting with Supreme Court nominee Neil Gorsuch, Blumenthal asked the judge about his reaction to President Trump’s attacks on the judges who had blocked his Executive Order on refugees and immigration. Gorsuch  responded candidly and correctly that he found the comments “disheartening” and “demoralizing.”  Senator Blumenthal then immediately repeated the exchange to reporters. He knew Gorsuch assumed that the conversation was private. He knew that the betrayal of trust would embarrass the judge, whose “crime” was being candid and trusting a U.S. Senator for who partisan warfare is more important than basic manners and decency. He just didn’t care.The ends justify the means.

The President, predictably, sent out an idiotic and irrelevant tweet:

Sen.Richard Blumenthal, who never fought in Vietnam when he said for years he had (major lie),now misrepresents what Judge Gorsuch told him?

First, this is an ad hominem attack. Second, there is no reason to doubt that Gorsuch said that the President’s attack on the judiciary was  disheartening and demoralizing; any judge would say that. I would say that.  Blumenthal, jerk that he is, laid a trap for the judge, and Gorsuch, who is not a politician and still believes in the importance of trust, fell into it. Third, this typical denial of fact by the President gave the news media a chance to duck the real issue, which wasn’t truthfulness but dirty politics practiced by a rotten human being, Senator Blumenthal. Thus we saw media analysis like this, making the story about Trump, instead of any analysis like, well, what you are reading now. We all know, or should, that President  Trump’s personal attacks on judges is unprofessional and wrong. What not everybody has accepted is how completely without scruples the Democratic Party has become in its furious effort to undo the election as a much as it can, which brings us to…

Jerk II, Senator Al Franken (D-Minn). Franken, not surprisingly for a man whose ticket to the political scene was a book called “Rush Limbaugh Is a Big Fat Idiot: And Other Observations,” engaged in the same basic unethical conduct as his colleague but in an even more sophomoric and despicable manner. Franken told CNN that “a few” Republican Senators had told him that they were concerned  about the President’s mental health. Naturally he knows that the news media will run with this, and that it bolsters the latest stage of the De-legitimize the President And Scare The Public To Death No Matter How Much Harm It Does To The Country Plan, the claim that Trump is insane.

I know my reaction when, in junior high, someone would say “You know, lots of kids hate you, even the ones you think are your friends.”  As usual, my father pointed the way. He said, “Son, that’s just a cruel tactic really nasty  people use to undermine your own confidence and to make you fearful of everyone. Don’t let them do it. If they won’t tell you who they are talking about, and they won’t, then they are the ones who are using other people as an excuse to tell you what they think. And since they are such cowards and so unfair, you don’t want them to like you, and you don’t want to have anything to do with them.”

“But what if there really are kids talking about me behind my back?” I asked. “Two things,” my father said. “First of all, there are always people like that, and you will have to deal with them all of your life. You only pay attention to them when you find out who they are, and then you confront them to their face. Basically, people who act like that have no credibility with anyone, so it doesn’t matter what they say.”

Nevertheless, when someone does to me what Franken did to the President, it drives me crazy, because it drives everyone crazy. You can’t find out who the people are who supposedly made the critical comments, and yet the hearsay that is maliciously passed on still hurts. Of course this is a Golden Rule breach, but it is also signature significance indicating a truly rotten human being. Ethical, nice people just don’t do this. We now know, if there was any doubt before, that Al Franken is a rotten human being. “Jerk” is really too kind.

In Franken’s case, at least, maybe it is inaccurate to call this an example of bias making someone a jerk. Franken has always been a jerk, but isn’t usually stupid. As with the rest of his party and ideological brethren, bias has made him stupid by making him miss what should be obvious. If you are trying to convince the public that an opponent is too much of a jerk to trust to be President, acting like a mega-jerk yourself is counter-productive.