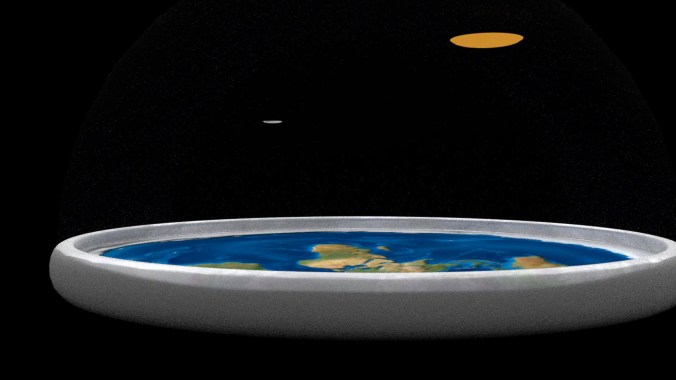 1. I’m encountering Ethics Alarms ethics alarms. For example, is it unethical for me to choose not to fix the typos in a comment from an obnoxious commenter? I generally fix mistakes when they turn up in comments from regulars here, or missing words and letters in first posts by newcomers. But the other day an annoying commenter of recent vintage registered a comment that seemed as careless as it was badly reasoned, and had several typos.Yeah, I fixed them. But I didn’t want to.

Then, after a long period without any blog banishments, I banished a commenter yesterday whose first post was really poor, and whose last was insulting in response to my pointing out just how poor it was. As I told him in the exit response, he had triggered The Stupidity Rule. I really don’t allow stupid people to comment here once I determine that they are hopeless. Is that wrong? Elitist? Mean?

I don’t want to keep explaining things to people whose comments indicate that they have preconceived notions, unshakeable biases, inadequate education and training in critical thinking, and are under the impression that an uninformed opinion is worthy of publication because it’s theirs. Yesterday’s exile also made the fatal error of criticizing the blog because it was “judgemental.” Yes, it’s a blog in which we analyze whether conduct is right or wrong, or something else. That demands judgment, and being judgmental. The fact that the matter at issue was a lawsuit—you know, before a judge?—and the commenter still made that observation anyway sealed his fate, even before he wrote that I was bald and presumably “repulsive to women.”

2.  The University of Missouri, aka Mizzou, is in crisis as a direct result of its administrators craven capitulation to race-based extortion triggered by general angst and the Ferguson Ethics Train Wreck in 2015. Before the protests (which were based on nothing specific at the University that was ever demonstrated by the protesters, other than the President refusing to bow to demands that he condemn random reported racial incidents that didn’t involve students), Mizzou was thriving, growing, and building new dormitories. Now, in response to the nationally publicized meltdown of common sense and adult supervision (climaxed by a  protester-allied communications professor, Melissa Click, being caught on video calling for “some muscle” to prevent a student reporter from recording an ugly campus confrontation), enrollment is down 30%. The university is  closing seven dormitories and cutting more than 400 positions, including  faculty members.

Good.  But from the comments of students and remaining faculty members, it doesn’t sound as if the right lessons have penetrated the campus culture’s race-addled skull.

The protests could have been turned into a chance to celebrate diversity, Berkley Hudson, a journalism professor, told the New York Times. “I think we squandered a rare opportunity that we had to be a local, regional, national, global leader in terms of showing how a university can deal with its problems, including related to race relations.”

What was squandered was a chance for the University to be a role model for other besieged colleges and universities, by emphatically rejecting racial power-plays, political grandstanding and student demands linked to threats, hunger strikes and—the horror!—a threatened strike by the football team.

The University of Missouri’s plight can also be fairly assessed  as another casualty of the Ferguson Ethics Train Wreck, and the news media’s enthusiastic endorsement of the false narrative that Mike Brown was an innocent young man gunned down by racist police while he had his hands raised and was pleading for his life.

It should also be attributed to the racial divide created by the policies and rhetoric of Barack Obama and his administration, precisely the societal malady he was elected to heal.

I wonder how long it will take for the full measure of Obama’s failures to be admitted and chronicled.

3. Now THIS Is fake news: On Instapundit, the headline was “Holy mother of unhinged! Valerie Jarrett SCREECHES at marine for calling OUT her lack of respect” and the link went to the same headline at Twitchy, the right-wing twitter trends site. Several other sites repeated the line.

Click-bait in both places, as well as a lie. To “screech” one must actually employ one’s mouth. The actual story relates that Jarrett was admonished over twitter by a Marine who claimed that she had “never thanked a single service member for their service in eight years. ” Jarrett replied–via Twitter–

“I thank you for your service since I see you were a marine. Now for the facts. For 8 years I thanked our service members ALL OF THE TIME!”

Oh, I get it! Capital letters are “screeching”!

4. Now that the G -20 summit is over, let it be recorded that never before in the history of the United States has a U.S. President participated in a meeting of World leaders with most of the national news media actively prepping the public for a disaster, hammering at his lack of fitness for the task, and laying the foundation for more attacks once the meetings are underway. Never. Never.

A tradition of decency, respect. national loyalty and fairness has always been observed, through which a United States President must be shown the symbolic support and confidence of the public and the nation’s news media as he goes into the lion’s den of international intrigue, politics and maneuvering. This isn’t just a meaningless gesture. It is a crucial asset to any President for foreign leaders to know that the nation he represents is united behind him, at least for the purposes of the summit. it is also unquestionably in the best interests of the United States for a President to have the benefit of such support. Yet the U.S. news media and its pundits could not muster the patriotism and the common sense to do it. Once the meetings, began, moreover, the news media took pains to treat the President’s every gesture, word and move negatively, and usually contemptuously.