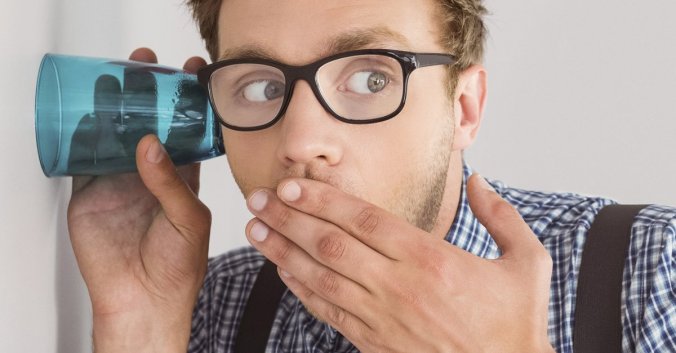 The icky ethics category of private or limited audience statements that get unethically publicized by malign third-parties to embarrass and harm the speaker has been explored here many times, notably in the case of Donald Sterling, the NBA owner and billionaire who lost his franchise, millions of dollars and his reputation over a remark he made in his own bedroom that was surreptitiously recorded and released by a treacherous girlfriend.. The position of Ethics Alarms on these incidents, which also includes spurned lovers sharing private emails to the world in order to humiliate a correspondent, the Democratic Senators who leaked the President’s course rhetoric about “shithole” countries that took place during a meeting that was supposed to be private and confidential, and Donald Trump’s infamous “pussy-grabbing” statements, is simple. Once the embarrassing words have unethically made public, they can’t be ignored. Neither should the circumstances of their making, or the unethical nature of their subsequent use was weapons of personal destruction.

There is not a human being alive who has not made statements in private meetings or conversations, whether  those statements be jokes, insults, rueful observations or deliberate hyperbole, that would be horribly inappropriate as public utterances. Thus the feigned horror at such statements by others is the rankest kind of Golden Rule hypocrisy. In addition, the opprobrium and public disgrace brought down on the heads of those whose mean/ugly/politically incorrect/vulgar/ nasty/insulting words are made public by a treacherous friend, associate or colleague erodes every American’s freedom of thought, association and expression, as well as their privacy.

The most recent example of this unethical sequence occurred after Kelly Sadler, a White House special assistant, stated in a closed-door policy meeting that Senator John McCain’s opposition to Trump’s nominee for CIA director “doesn’t matter” because “he’s dying anyway.” Some saboteur in the meeting, determined to harm both Sadler and her boss, leaked this small moment in a private meeting, in which participants reasonably assumed they did not have to be politically correct, nice, kind, civil or careful because everyone in the meeting had tacitly agreed that the meeting was confidential. That, and only that, is the ethical breach here. (Nah, there’s no “deep state”…there are just nefarious moles in the White House who coordinate with the news media to undermine the President. That’s all!).

The news media and Democrats, as well as McCain’s family, which has approximately the same desire to strike back at Trump as the Bush family, immediately treated the comments as if Sadler was endorsing of genocide or a pledging fealty to Vladimir Putin. A., the statement was true. Blunt, but true. B. McCain has essentially acknowledged the gist of her comment himself, telling associates that his impending demise had freed him from the usual restrictions of caution, political discretion, and accountability. In other words,  what he says now doesn’t matter because he’s dying anyway.  C. The statement was not intended for public dissemination, and it is unfair and dishonest to treat it as if it was.

Yet one pundit after another reported on her comment as if there wereno difference. Got that? A mean-spirited joke you make to your spouse is indistinguishable ethically from the same comment published on social media, or in a blog, or on NPR, or on ABC. This is punishing people for what they think, or rather what people choose to think they think. This is how freedom dies, as free expression of opinions is replaced by fear. How is this process, where a trusted associate runs to the news media to destroy you with your own words, different from Soviet children informing on their own parents for disloyal sentiments in the kitchen?

This “gotcha” feeding frenzy again demonstrates–-boy, I am sick of writing this—the gutter level that the news media has descended to in its determination to scuttle the Trump administration. A leaked off-hand comment by an aide most people never heard of was the number one story of the day, as everyone from news anchors to celebrity Trump-haters like Whoopie Goldberg—who respected McCain so much that when he was running for President she suggested that he might support a return to slavery—were shocked–shocked!—that McCain’s petty and vindictive vendetta against the President might prompt a teeny bit of resentment and animus in the White House.

I’m certain far worse comments about McCain have been uttered by Trump and his staff, and the Senator has earned them all. He has made it clear that striking back at Trump for his gratuitous insults during the 2016 campaign takes precedence now over the best interests of the country as McCain has assessed them in the past. (For example, though he opposed the Affordable Care Act, he cast the decisive vote killing the GOP bill to dismember it as a pointed “up yours!” to the President.) McCain has, to be blunt, been behaving like a petulant asshole. Because he is dying, nobody can say that in private, much less in public? Such are the restrictions on speech and thought that the “gotcha!” mob would impose on us.

White House press secretary Sarah Huckabee Sanders yesterday said that there would be no apologies coming from the White House: “I’m not going to validate a leak one way or the other out of an internal staff meeting. I’m not going to get into a back and forth because, you know, people want to create issues of leaked staff meetings.”

Good. That is exactly the correct response….that, and finding out who is leaking behind-closed-doors statements in White House meetings, undermining the ability of staffers to speak their mind, brainstorm, and be candid without fear of being made into a national pariahs.

I think I’ll give MSNBC’s Nicolle Wallace the prize for the most revolting and yet enlightening coverage of this story.  Asking White House correspondent Kristen Welker about Sanders’ response to all the “gotcha!” inquiries in her daily briefing, Wallace asked, “How do you resist the temptation to run up and wring her neck? Why can’t she just say if a staffer said that, we’re going to get to the bottom of it and she’ll be fired?”

Attacking the White House spokesperson is such a thoroughly unprofessional impulse, and Wallace has endorsed it on cable TV, not in a private meeting.  Insisting that a staffer be fired for a single comment that was not intended for public dissemination and was unethically publicized reveals a fatal deficit of proportion, fairness, judgment and ethics.

If anyone deserves to be fired, it’s Wallace…and whoever betrayed Kelly Sadler.

44 thoughts on “Another White House Closed-Door “Gotcha,” Another Chunk Gouged Out Of Our Liberties”