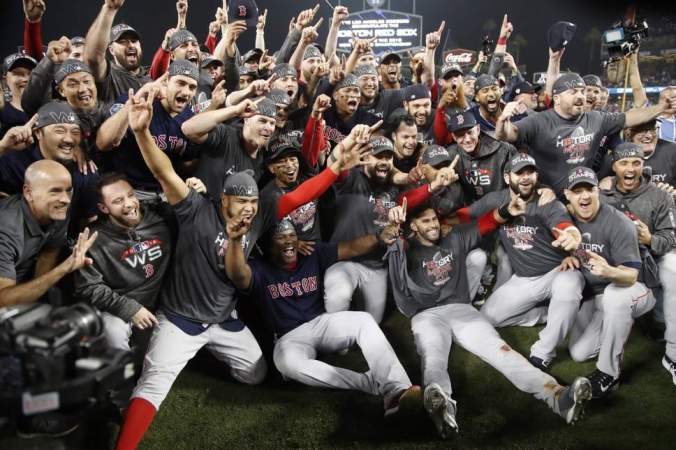 Boy, this really IS a good morning!

(The warm-up may rely a bit more on links and quotes than usual…as Bob Cratchit tells Scrooge, “I was making rather merry yesterday.”)

1. Breaking News: Jimmy Carter is right! Former President Jimmy Carter, now 94, has injected himself into the Georgia governor’s race by asking Republican candidate Brian Kemp to resign as secretary of state. Carter’s argument is that there is an appearance of impropriety in his being officially responsible for an election in which he is a candidate, and that his resignation is essential  to preserve public confidence in the outcome of Kemp’s race against Democrat Stacey Abrams. Carter’s made the request in an Oct. 22 letter .

“One of the key requirements for a fair and trusted process is that there be a nonbiased supervision of the electoral process,” Carter wrote, explaining that stepping aside “would be a sign that you recognize the importance of this key democratic principle and want to ensure the confidence of our citizens in the outcome.”

When he’s right, he’s right. Kemp should resign, and his lamer than lame rationalization for not doing so, that it isn’t really he who supervises the election but his staff, would be sufficient reason not to vote for him in the gubernatorial election.

2. Ethics Dunce: Red Sox owner John Henry. You would think the progressive owner of the Boston Globe could restrain himself from blatant virtue-signaling while his team was celebrating its historic season and World Series victory, but no. Henry saluted his team for being “diverse” in his post-game remarks. Nobody sane cares how diverse, whatever that means (Where were the women, John? Where were the Asians? The differently-abled? Muslims? LGBT representatives?), a pro sports team is as long as it wins, and if it doesn’t win, its check-offs on an EEOC form won’t make it any better or its losing more palatable. The 2018 Red Sox were assembled according to the skills and talents of its personnel, with race and ethnicity a non-factor. What mattered is that the team’s manager (he’s Puerto Rican, and I don’t care) proved himself a natural leader who created a selfless, courageous, professional culture on his team, none of whom mentioned race, religion or creed all season, and properly so.

The compulsion to spurt progressive cant at every opportunity is pathological.

3. Speaking of pathological: from the “Have they no decency?” files…The effort by pundits and democrats to try to blame President Trump for the synagogue shooting is so transparently unfair and election-driven that it’s hard to believe it won’t backfire. The Trump Administration has been ostentatiously pro-Israel, and the crazed shooter’s online rants were anti-Trump. David Harsanyi (in part):

It was ironic to see many of the same liberals…who had long rationalized, romanticized, and excused the Jew-killing terror organization of the Middle East were now blaming the existence of the evil, anti-Semitic Pittsburgh shooter on Republicans. The same Pod bros whose echo chamber deployed anti-Semitic dual-loyalty tropes to smear critics of the Iran deal were now incredibly concerned about the Jewish community….For those who confuse progressivism with Judaism — which is to say many — it might be difficult to understand that undermining the Democratic Party isn’t an act of anti-Semitism. The Trump administration, in fact, has been the most pro-Jewish in memory.

Every Jew who’s ever prayed understands the importance of Jerusalem in our faith, culture, and history. It was President Trump, not any of the other presidents who promised the same, who recognized Jerusalem as the undisputed Jewish capital, putting an end to the fiction that it’s a shared city. It was Trump who withdrew from the Iran deal and once again isolated the single most dangerous threat to Jewish lives in the world, the Holocaust-denying theocrats of the Islamic Republic.

4. Here’s Andrew Sullivan on “the caravan,” also known as “the mob of non-Americans determined to force themselves into our country illegally”:

What do we do when the caravan gets here? And more saliently: What do we do if many more caravans show up behind it? This is not an abstract question. It’s a pressing, practical, and in some ways existential one. It cuts to the core of whether the United States has to choose between being inhumane to the point of betraying some core moral principles and remaining a sovereign nation in control of who joins its population. . . .Without this issue, Donald Trump would not be president. As we can see right now in front of our eyes, elections can turn on this. Which is why Trump is hyping this caravan story to the heavens — and why, perhaps, the last few weeks have seemed less promising for a “blue wave.” David Frum is right: “If liberals insist that only fascists will defend borders, then voters will hire fascists to do the job liberals will not do.” And unless the Democrats get a grip on this question, and win back the trust of the voters on it, their chance of regaining the presidency is minimal….

Andrew betrays his biases by using “hyping.” The President correctly points to the “caravan” because irresponsible progressive rhetoric extolling illegal immigrants are the reason for the caravan, and the issue crystallizes all the reasons not to trust the Democratic Party and its leadership. It is not hyping to point to the inevitable and disastrous consequences of a political party rejecting sovereignty, the interests of citizens and the rule of law in order to achieve power. Indeed, the issue can’t be hyped, because it as important an issue as there is or can be.

5.  More on ethical choices by self-driving cars. I wrote about “the trolley problem” a while back, and nothing has changed. However, there has been another outbreak of analysis and study of the problem, as with this Scientific American article.

My take: ethical analysis is not assisted by online polls.

6. What do you mean “work”? This headline proved to be misleading: “Codes of ethics probably don’t work.”

They often don’t “work,” in fact, because all they can do is lay out a profession’s values: if an individual doesn’t comprehend ethics or ethical decision-making, a Code, which by definition can only be starting point for analysis, has as much value to that individual as a book of calculus to an Irish Setter.  Codes exist to make the ethics alarms go off, but there have to be ethics alarms to ring. The article is only about engineers, however. Of course codes don’t work for engineers: they are trained in a specific and rigid form of coldly logical, results-based problem-solving and analysis. The answer is the answer. Values are static.