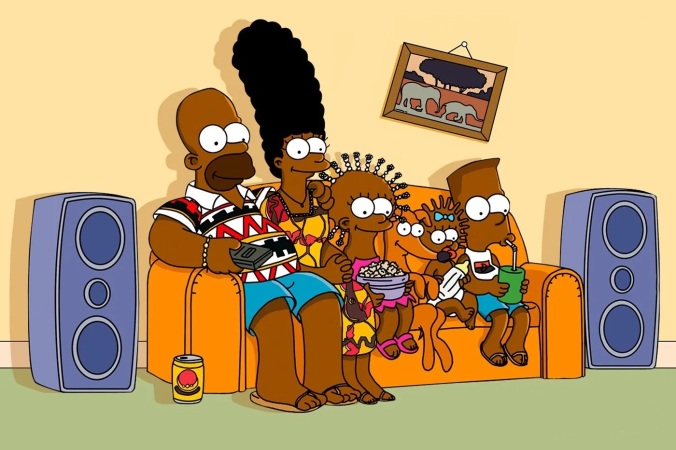 This, stupid as it is, follows the non-logic of recent white actresses who dropped their gigs as the voices of grayish-brown inked “mixed-race” cartoon characters. How will that “only people of the same race can play roles of characters of that race” be reconciled with the objective of  non-traditional casting, which was devised in part (many decades ago) to open up more opportunities for black and minority actors, allowing them to take on roles written as white?

It can’t. It’s as simple as that. The two approaches eventually clash, and are mutually exclusive. “The Simpsons” policy is wrong and destructive in every conceivable way, and its ethical values, as in competent, fair or responsible, are non-existent.

I look at all productions this way: a perfect show has 1000 points. Everything that isn’t perfect loses points for that production—a bad accent here, an ill-fitting costume there, missed lines–they all count.  One flaw that loses a few points won’t kill the show; it might not even be noticed. But all of those lost points add up, and when the points sink below a certain level, the production is no longer viable.

“The Simpsons” is voluntarily giving up points, which is simply bad show business and terrible art. If Harry Shearer is the best voice for the Simpsons’ family doctor, then it can’t matter what color he is. The audience doesn’t care.  Every show loses points no matter how perfect it tries to be; giving them up intentionally is unethical, because the artist’s duty is to present the best, most popular and most profitable  work possible, not to meet EEOC quotas.

A related incident occurred last week, as actress Halle Berry, following the usual Twitter mob abuse, announced that she is no longer considering portraying a transgender man in an upcoming film. Of course she apologized, because she has no guts nor the ability to defend artistic freedom.

“As a cisgender woman, I now understand that I should not have considered this role, and that the transgender community should undeniably have the opportunity to tell their own stories. I am grateful for the guidance and critical conversation over the past few days and I will continue to listen, educate and learn from this mistake.”

How nauseating. Unfortunately, and I speak from experience, show business of all kinds and at all levels is not teeming with smart people. This was a replay of the “Rub and Tug” controversy from 2018 (EA post here), when  Scarlett Johansson, buffeted by social media attacks when she announced that she would be playing a trans male in a film called “Rub and Tug,” similarly dropped out. Because she is a big star and there ARE no trans male  stars, the project died, just as Barry’s project will die. Many actors, technicians and other artists won’t have jobs as a result, and the film industry is hurting. Do no films about trans characters help trans individuals more than films about trans characters that make money and that audiences actually see? That’s the kind of incompetent trade-off the “woke” in Hollywood and New York are making, failing their duties to their audiences and their art.

16 thoughts on “Common Sense Doesn’t Matter Either: The “Woke” Acting Profession Is Betraying Audiences And Dooming Itself (Part I: “The Simpsons”)”