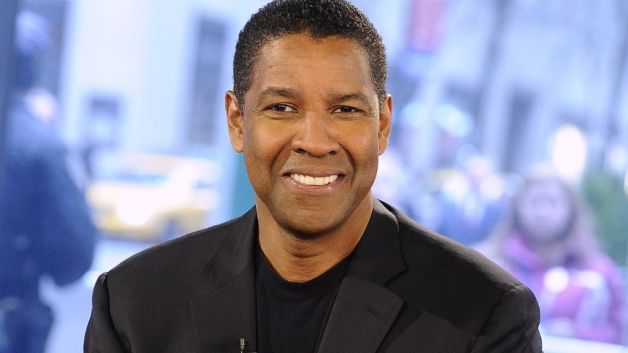 Does anybody even bother to think about what racism is any more before accusing people of it? Do journalists think about the circumstances before they parrot knee-jerk accusations of racism from the likes of Sharpton and others? Based on the evidence of reaction to the infamous memo from a Sony honcho regarding the performance of Denzel Washington pictures abroad, apparently not.

Everywhere, this screed by an unnamed Sony executive is being called “shocking,” “unbelievable,” and, of course “racist.” It is nothing of the kind. In a scenario that reeks of the surreal Samuel L. Jackson fiasco where Ethics Alarms was virtually alone in noting that Jackson’s on-air accusation that a white TV host had confused him with fellow black star Lawrence Fishburne because “all blacks look the same to him” was unfair and completely meritless, the news media is just running with a demonstrably false accusation.

Here are the relevant portions of the e-mail exchange based on what has been reported in the media:

“I am not saying The Equalizer should not have been made or that African American actors should not have been used (I personally think Denzel is the best actor of his generation.) [But] Casting him is saying we’re ok with a double if the picture works. He’s reliable at the domestic [box office], safe, but has not had a huge success in years. I believe…the non event pictures, extra ‘bets’ should have a large inherent upside… Here there isn’t a large inherent upside….I believe that the international motion picture audience is racist – in general, pictures with an African-American lead don’t play well overseas…Sony sometimes seems to disregard that a picture must work well internationally to both maximize returns and reduce risk, especially pics with decent size budgets.”

Let’s examine this “unbelievable” e-mail, line by line and then as a whole, for ethical misconduct and incipient racism:

No problem there, right?

“[But] Casting him is saying we’re ok with a double if the picture works.”

The baseball analogy, a “double” over a “home run,” is a conclusion based on Washington’s films’ grosses and hard facts, not racism. It is a legitimate opinion, and one that in a business context must be made as a matter of fiduciary duty. Foriegn box office is about half (or more) of a typical film’s profit. If a star isn’t as popular in foreign markets as in the U.S., then metaphorically speaking, a “home run” is more difficult, and maybe impossible.

“He’s reliable at the domestic [box office], safe, but has not had a huge success in years.”

This is a defensible position, if not an indisputable fact. Just because Washington is black doesn’t make stating legitimate opinions about his films, even critical ones, racist. Washington’s last “huge hit” was “American Gangster” in 2007. The one being discussed, “The Equalizer,” was hardly a flop, grossing over 100 million, the fourth biggest success of all of Washington’s films, depending on one’s definition, it was not “huge”—at least not as huge as “American Gangster.” It could be argued that no Washington film has been “huge.” This year’s “Guardians of the Galaxy” has grossed $772,152,345 … $439,600,000 overseas. Home run. Huge.

The executive is making the argument that it doesn’t make business sense to “bet” a big budget on Washington films because the foreign gross potential is limited. The figures seem to support that argument. Should he not raise the issue, as the company prepares to spend, or “bet,” millions of dollars on future films? He is obligated to make that argument. He would be unethical not to make it, if this is what he believes in his expert assessment.

“I believe that the international motion picture audience is racist – in general, pictures with an African-American lead don’t play well overseas.”

This is, again, a legitimate opinion based on analysis of foreign box-office trends. It implies nothing negative regarding Washington or African Americans, nor does the fact that the executive would reach this conclusion from analyzing film receipts suggest racial bias.

“Sony sometimes seems to disregard that a picture must work well internationally to both maximize returns and reduce risk, especially pics with decent size budgets.”

Again, this is a valid, dollars-and-sense, business strategy observation with implications for future projects.

What are critics of the e-mail arguing? That Sony executives should not take foreign box office trends into consideration when planning a multi-million dollar project? That they should ignore indications that Denzel Washington films underperform overseas, because he is black, when such data would be absolutely relevant when considering the economic risks of hiring a non-black star? Is it racist to conclude that racism might have something to do with the disappointing foreign receipts on “The Equalizer” when the professional race-baiters attacking the memo would have no compunction about making the same observation?

If critics of the e-mail are saying that the reluctance of some foreign  audiences to pay to see a black star isn’t a valid consideration in budgeting a motion picture, they are naive to the point of irrelevance. A star’s box office appeal in foreign and domestic markets is an important consideration no matter what the reasons are for the performer’s appeal or lack of it. Are they really arguing that black performers should be immune from the same level of evaluation every other star must be subjected too before a studio spends eight-figures—bets eight-figures—on a starring vehicle’s ability to turn a profit?

I bet they do. Anything to cry racism.

The e-mail and the observations in it are legitimate, non-racist, responsible and ethical, regardless of whether they are correct or not. Nothing in them would be inappropriate to share with Denzel Washington, either. The issue of foreign receptivity to black stars is a real one, and any company in the film business has an obligation to its investors to consider it. Imagine, in an alternate universe, a film market in which Palestinian audiences overseas are crucial to any film’s success, unless the film is budgeted for a U.S. audience only. In an e-mail, an executive opines that Woody Allen movies are tanking with this audience, because, he believes, films by Jewish directors just don’t appeal to them. “We can’t spend too much money on Woody’s films because he’s too Jewish for that market we have to have to turn a profit.” Is the executive anti-Semitic?

No, that executive is paying attention, and suggesting that film budgeting follow reality, since this is a profit-making enterprise. It doesn’t matter why an actor is more popular domestically than overseas, just that he is. Attributing the unpopularity to race is as legitimate as any other reason–weight, age, political views, ethnicity, scandals, public persona.

Ethics verdict 1: The e-mail isn’t racist in any way.

Ethics verdict 2: Any journalist or activist who says it is qualifies as dishonest or incompetent.

3 thoughts on “Ethics FYI To Hollywood, Pundits And Al Sharpton: There Is Nothing Racist–Or Unethical—About The Hacked Denzel Washington Memo”