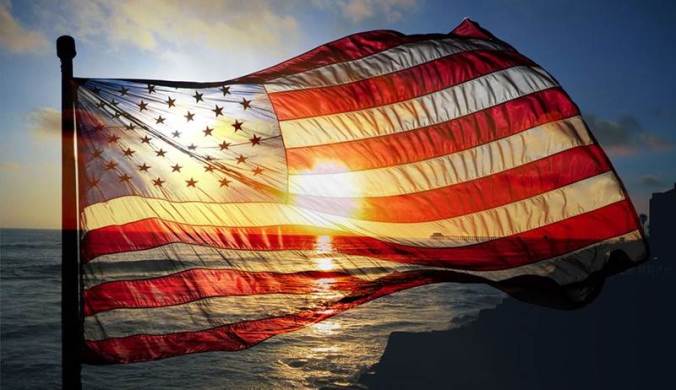 1. I can’t keep writing the same post repeatedly as the politically correct, the historical censors, the Soviet-style Left and the gallactically stupid continue to tear down statues and eliminate honors to significant Americans who are predecessors deemed worthy.  Just hunt for the “airbrushing history” tag here and you’ll find too many already. We should note, however, how the cognitive dissonance scale is coming into play to the benefit of the unethical airbrushers.

In Charlottesville, home of the University of Virginia, this weekend will witness thousands of white nationalists and neo-Nazis demonstrating to protest a plan to remove a statue of Robert E. Lee  from a city park, because, Lee’s sub-21, infinitely wise undergrads insist, erasing Lee from history will undo the legacy of racism, or something. Of course, for the Racist Right to be the ones protesting makes this position look reasonable. White supremacists organizing the protests unjustly associates Lee with their cause, making his statue mean something it never did, and attaching him to  cause that was not his. The protests against tearing down Lee’s statue–UVA’s founder, Thomas Jefferson, will be next on the non-person list, or close to it—should be coming from historians, scholars, liberals, believers in fairness, nuance, and integrity, and those who are literate enough to understand that the life of Robert E. Lee has much to teach every child and American about loyalty, hubris, hard choices, tragic choices, hypocrisy, courage and more. Why aren’t they protesting? Two reasons, now: they don’t want to be shoulder to shoulder with the scum of the earth, and they are too timid to stand up for crucial ethical principles, unlike the censors of Charlottesville, who don’t understand them, and the Neo-Nazis and white supremacists, who don’t have them.

2. And speaking of historical airbrushing and censorship: Last year, I designated the Smithsonian Institute’s National Museum of African American History and Culture in Washington, D.C as an Ethics Dunce for omitting the second African American SCOTUS justice, Clarence Thomas from mention while devoting an exhibit to his unsubstantiated accuser, Anita Hill.  Now the museum has announced plans to honor Jim Vance.

Come on, you all know who Jim Vance is, don’t you? (D.C. area residents: shut up!) Jim Vance, who transformed America for blacks? Give up? Vance was a long-time popular local D.C. television news broadcaster, with a nice screen presence and a casual delivery.  He just died, and he was black. The museum’s founding director, Lonnie Bunch, said the broadcaster “symbolized that it was really important that America was changing and his presence was a symbol of that change.” Right, sort of….although Vance was hardly the first or the most prominent black newscaster in D.C. Clarence Thomas, however, was the first conservative black justice…which is, of course, why is being shown such disrespect by the “Nation’s Attic.”

I haven’t visited the huge, striking new museum on the mall yet, and I won’t until its shows signs of being am objective chronicler of history rather than a tool of interest group propaganda.

3.  From the Fred Files, and I don’t understand this story at all.

Kern County District Attorney Lisa Green announced on August 2 that she was dropping all charges filed against Tatyana Hargrove including resisting arrest and use of force against a police officer, saying, “In my opinion, after reviewing all the facts and legal principles I do not believe a jury would be able to find beyond a reasonable doubt that she was guilty of that charge. So for that reason, the charges are being dismissed.”  In her opinion? She doesn’t believe? Beyond a reasonable doubt???

How about the fact that no semi-conscious juror, much less a whole jury, could  find Hargrove guilty under any rational standard under the sun?

Tatyana Hargrove is a black 19-year-old woman who was punched in the mouth by an officer, bitten by a police K9 and arrested last month after an officer said he mistook her for a 180-pound bald man suspected of threatening people with a machete at a nearby grocery store. The story makes no sense at all. Hargrove says that on June 18 she was walking home after buying  a Father’s Day gift  when she was approached by an officer with a drawn gun.

“He [the officer] put his other knee on my head, and I told him, ‘I can’t breathe, I can’t breathe’ and I started yelling out: ‘Somebody help me, somebody help me, they’re going to kill me,’” Hargrove said in a video. The arresting officer, Christopher Moore, said in a police report obtained by  that he didn’t know Hargrove was a woman until after she was handcuffed. Here she is:

He mistook her for a machete-wielding suspect who had threatened several people, according to the police report. That man, Douglas Washington, was described in multiple police reports from June 18 as a 25- to 30-year-old man, bald, about 170 pounds standing at 5 feet 10 inches. He was wearing a white t-shirt, dark jeans and a pink or red backpack that contained the machete. Hargrove is 115 pounds,  stands 5 feet 2 inches, was wearing a baggy white shirt, blue jean shorts and a black hat. She was straddling a bicycle, and had a red and black backpack slung over her shoulder. She is also female.

“She appeared to be a male and matched the description of the suspect that had brandished the machete and was also within the same complex the suspect had fled to,” Moore wrote in his report. He thought she had a weapon in her bag.

True, but malice this stupid can only be incompetence.