1 Don’t try that here! Several commenters on the Ethics Hero post yesterday , about a British minister resigning in self-declared disgrace after he was late for a session in Parliament, argued that his wasn’t a true resignation because he had to know it wouldn’t be accepted. I had written a comment to that theory, but I decided to post it on the Warm-up instead.

Fake resignations are unethical. Ethical people don’t attempt such a stunt, which is designed to make everyone beg them to return and create a sense of power and importance. I learned long ago in my parallel theater and management careers not to trust or tolerate subordinates who threatened to quit, telling one cast member of this ilk, in what he thought was  too-vital a lead role to be relaced last in rehearsals and who made the threat in a full cast rehearsal, “You have ten seconds to either quit, be fired, or retract that threat. I’ll play your part myself if I have to, and I’ll be a lot better at it. 10-9-8…” He retracted the threat. When I took over a struggling, spectacularly badly managed health promotion organization in Maryland and announced major policy changes, two legacy managers of the non-profit handed in their resignations in protest.  Then they came to work the next day. My predecessor, it seemed, routinely tolerated such games. They were shocked, indignant and angry when I told them, “You don’t work here any more, remember? You quit. Good luck in your future endeavors. Now get out.”

Ethics Alarms, as veterans here know, has the same policy regarding commenters who self-exile, usually with a “Good day, sir! I am done here!” flourish. When they try to weigh in days, weeks, or months later, they find that their self-banning is permanent. This is now explicit in the Comments Policies. As at least six regulars here know from their own experiences, I reserve the right to try persuade a valued commenter to reconsider his or her exit, and I have done that as a manager with subordinates too. But anyone who counts on a resignation being rejected is a fool.

I have to believe that Lord Bates’s resignation was principled, not grandstanding.

2. Fox owes me a keyboard!  Yesterday afternoon,  I spit out a mouthful of coffee when Fox News flashed this news item under a feature while I was surfing the news channels to see what was happening to the “secret memo”: “Poll Says Majority of Americans Support Border Ball.”

This came up multiple times. I think spending billions of dollars for any ball is unethical, whether it is the party or the toy, or even if “Border ball” is a new professional sport that doesn’t give its players CTE.

And speaking of typos, yes, I would fire for cause everyone in the chain who let this happen… 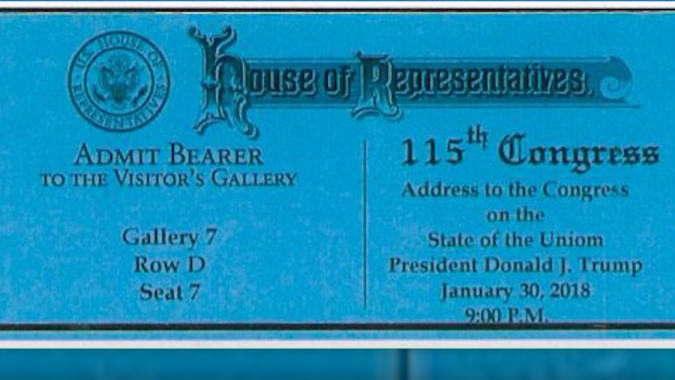 3. A show of hands: Who has heard about this depressing story? Anyone? Funny that the mainstream news media doesn’t think it’s newsworthy… The Atlanta Journal-Constitution reported that many of the nation’s “historically black colleges and universities” have ridiculously low graduation rates.  The newspaper found that the six-year graduation rates at twenty schools were 20% t or lower in 2015, and some schools in the category had graduation rates as low as 5%.  Here was the explanation offered by Marybeth Gasman, an education professor at the University of Pennsylvania who directs the Penn Center for Minority Serving Institutions:

What? A college that doesn’t graduate more than 20% of its students after four years, never mind six, is 1)  useless, 2)  taking tuition under false pretenses and 3) shouldn’t be in business. A school that graduates students after six years in single digits should be investigated for fraud. Does it occur to anyone that the students at these institutions should not be in college at all? This is the ugly face of  the “every child should have a college education” myth that has devalued college degrees and made higher education generally a tragic dupe.

4. Reminder: The Trump Administration has no ethics standards whatsoever. This is fully predictable, since the head of the administration literally doesn’t know what ethics are, and I mean “literally” literally, not figuratively.  He also has no interest in learning about ethics, since he has done just fine without them. Recent head-exploding examples:

“You don’t buy tobacco stocks when you are the head of the CDC. It’s ridiculous; it gives a terrible appearance,” said anti-Trump fanatic ethics expert Richard Painter, for once reaching a fair conclusion since Trump’s election fried his judgment.

Fitzgerald already had holdings that presented possible conflicts in her stock portfolio before starting as director of the CDC; that was easily fixed. Then she added to them after starting her job at the CDC last July, which was not just weird, it was illegal. Federal law forbids senior government officials from owning, trading, or purchasing properties that pose a direct conflict of interest with their official roles.

“Housing and Urban Development Secretary Ben Carson allowed his son to help organize an agency “listening tour” in Baltimore last summer despite warnings from department lawyers that doing so risked violating federal ethics rules, according to internal documents and people familiar with the matter.

Career officials and political appointees raised concerns days before the visit that Carson’s son, local businessman Ben Carson Jr., and daughter-in-law were inviting people with whom they potentially had business dealings, the documents show.

Carson Jr. put people he’d invited in touch with his father’s deputies, joined agency staff on official conference calls about the listening tour and copied his wife on related email exchanges, according to emails.

“I expressed my concern that this gave the appearance that the Secretary may be using his position for his son’s private gain,” Linda Cruciani, HUD’s deputy general counsel for operations, wrote in a July 6 memo, describing her reaction upon learning of Carson Jr.’s involvement from other staff members.

The two-page memo, obtained by The Washington Post under the Freedom of Information Act (FOIA), details conference calls and meetings that Cruciani and her colleagues had with Carson, his son and other senior HUD officials to urge that Carson Jr. not be involved in the listening tour, an event intended to give the secretary a chance to see federally supported housing projects firsthand and to convey his policy vision to the public.

The warnings highlight the extent to which Carson has relied on close family members since joining the Cabinet. His wife, Candy Carson, son Carson Jr. and daughter-in-law Merlynn Carson have attended official meetings, according to current and former HUD officials. Early last year, Candy Carson accompanied her husband around the building and to official meetings both inside and outside HUD, officials said.”

Now, if Carson cared about ethics, or appearances, or what his department’s lawyers and government ethics authorities advised, he wouldn’t have allowed this. Or, mayhap, if his boss, the President, was  a strong role model for exemplary ethical conduct, as all leaders should and must be though there are no ethics regulations that apply to Presidents, Carson would have followed his example.  But why would a dim bulb like Ben Carson accept such advice while the President has himself openly flouted nepotism principles?

If the Trump administration avoids a major ethics scandal, it will be pure moral luck, and indeed a miracle. For the fish rots from the head down, and this administration has one ethically stinky head.