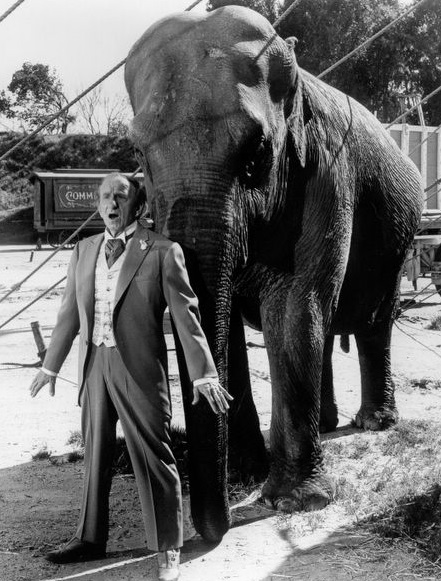 “Airplanes? I don’t see any airplanes!”

There are no good political factchecking organizations. Some are more ethical than others. Snopes is terrible, biased, and unreliable unless it is really checking urban legends. The Washington Post’s Glenn Kessler tries, but he works in the progressive bubble of Democrats who run the place, and he is corrupted. The Annenberg Foundation’s Fact-Check.org claims to be non-partisan and often succeeds, but of late it too has entered political advocacy into a category that is supposed to be only about objective facts.

As a general proposition, it is fair to call the  exercise of “factchecking” inherently misleading and so ripe for abuse that any fact check by a media organization should be viewed with extreme skepticism.

This goes double for PolitiFact; indeed, someone saying that this is their favorite fact checker has triggered signature significance. Nobody who is properly sensitive to partisan bias and committed to objectivity can possibly trust PolitiFact, a feature launched by a Democrat newspaper, the Tampa Bay Times, and recently taken over by the Poynter Institute, which I once respected as a voice for ethical journalism. Like its industry, however, it is corrupt. Either that, or Poynter isn’t providing oversight for PolitiFact.

This is res ipsa loquitur. PolitiFact, like many other media hacks from the Left, meaning almost all of them, is trying to provide cover for the “Green New Deal” that the Democratic Party has foolishly embraced, by throwing up dust, word-salads and lies. The current approach is pure Jumbo, the Ethics Alarms category for a lie in the style and scale of Jimmy Durante’s classic, trying to steal an elephant and upon being stopped by a constable and asked what he was doing with a pachyderm on a rope, exclaiming, “Elephant? WHAT elephant?”

“If you are not familiar with it, here’s the cliff notes version: It calls for rebuilding or retrofitting every building in America in the next 10 years, eliminating all fossil fuels in 10 years, eliminating nuclear power, and working towards ending air travel (to be replaced with high-speed rail).”

Scott described mayhem if a Democrat wins the presidency; some 2020 presidential candidates are co-sponsors of the Green New Deal.

“What then? Tear down all buildings, eliminate oil and gas, and stop air travel?”

Let’s hit the brakes right there — do the Democrats want to end air travel?

We found that Scott is ignoring the actual text of the resolution. The resolution does not ground airplanes, either now or in the future. And climate advocates told us the elimination of air travel isn’t a practical goal….

The resolution makes no mention of airplanes

The “Green New Deal,” resolution was introduced by Ocasio-Cortez on Feb. 7 and has 89 Democratic co-sponsors.

Broadly, these resolutions address ways to curb climate change and protect the environment. Even if it were to pass both chambers, the resolution would be nonbinding.

The tell in this is that last sentence, a “hominahomina” if I ever heard one. That’s the desperate irrelevant protestation of an activist who has been caught spouting irresponsible nonsense, and can only mumble, “Well, it’s not like we really would DO it…!” In the same category is the earlier note about experts saying that eliminating air travel is impossible. Of course it’s impossible: that’s why the Green New Deal is bonkers, why it is being roundly mocked, and why it deserves every guffaw, and more.

The resolution wasn’t the Green New Deal; the resolution endorsed Ocasio-Cortez’s fever dream. She, in turn, made the mistake of revealing what her brain-child was, in the infamous FAQ that she posted on her website. (See also here.) That WAS the Green New Deal, and it did state the goal of replacing air travel with high-speed rail—you know, like they have been so successful at building in California. Once the revealed progressive, eco-fascist idiocy saw the light of day, Ocasio-Cortez pulled it down and launched the cover-story spin that it was a mistake, as if one of the gerbils in Ocasio-Cortez’s skull escaped somehow and  got mixed up. No, this was what New York’s silly socialist meant when she said “Green New Deal.”  This is what all those Democrats were endorsing with their votes, whether they knew it or not, and for any factchecker to say that Rick Scott, the President or anyone is misrepresenting this policy proposal abortion by being so gauche as to point out its ludicrous details should be enough to disqualify that organization as an information resource for any serious, objective, intelligent individual.

As with so much of late, the issue comes down to how stupid Democrats and progressives think the public is. The way it is looking, the answer apparently is that they will place all their chips on the space that says, “Too jibberingly stupid to participate in a democracy,” and spin the wheel.

[Aside: There has been much recent discussion here about the band of progressive advocates who exited the blog over the last year, many due to their apparently sincere belief that my chronicling of the unethical, dangerous and quite likely illegal efforts by the Justice Department, the FBI and others in the government to essentially overthrow the Trump presidency was an acceptance of Fox News talking points. In fact, my posts on the topic were accurate, and subsequent developments and revelations have made this undeniable by anyone still capable of fair and unbiased thought. I was reminded  of this when one of the more impenetrable partisans, defied his banned status to enter an illicit comment referring to my “conspiracy theories.”

I want greater participation from the Left, because it makes this a more versatile forum, and challenges lazy thinking, and when their analysis is not infected with emotion and bias, they can make important points and illuminate difficult issues. Sometimes, they are right.

Still, I was thinking about this post, and wondering how many of the Departed would have the integrity to reject the  dishonesty of the Green New Deal,and the Left’s deceitful efforts to convince the public that the elephant isn’t there. I am wondering how I would react to a commenter who insisted, against all logic, that PolitiFact was right. That’s a delusion, not an opinion….a delusion, or a lie. Then what would I do, as an ethicist and a moderator? Neither crazy nor dishonest advances the cause of ethics.]

17 thoughts on “A Jumbo! One More Time: If You Trust PolitiFact, You Are As Biased As They Are”