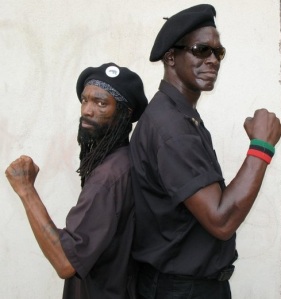 The Justice Department’s Office of Professional Responsibility, a careful, professional, non-partisan group charged with reviewing allegations of U.S. Government attorney misconduct, released the report on its investigation of the contentious Civil Rights Division handling of the case of two paramilitary-clad members of the New Black Panthers, one carrying a club, who appeared to be at a Philadelphia polling place in November 2008 for the purpose of intimidating voters. The men were videotaped, and the YouTube  video of them standing at the polling place was provocative, to say the least.

To briefly recap:  Voting Rights Act prosecution was initiated by the Bush Justice Department, and subsequently scaled down by the Obama Justice Department. Two career Civil Rights Division attorneys resigned over the handling of the incident, alleging that political appointees within the Obama Administration had pushed a policy of not prosecuting African-Americans under the Act—in other words, race-based enforcement.

The controversy, as has been the pattern with many stories having the potential of embarrassing the Obama Administration, was ignored by the mainstream media and hyped by the conservative blogosphere and media, especially Fox News. Ethics Alarms wrote about the story here, here, here, here, here, and here.

Yes, that’s a lot. One of the reasons the incident generated so many articles is that there were multiple ethical issues involved: the original decision, the media’s immediate reaction of assuming the critics were politically motivated, the intellectual dishonesty and deceit of some pro-Administration flacks in describing the incident as “trumped up,” the late coverage of the story by papers like the Washington Post, ultimately condemned by the paper’s own ombudsman, and more. In my view, the eagerness of the media to bury the story was more disturbing than the allegations themselves.

The OPM report, thorough as always,  reviews its investigation and concludes that there was not, in fact, a race-based decision made regarding the two men, and that whether or not the Justice Department made the right call, it was a good faith call that was defensible under the facts.

Case closed. I’ve read the report; you can too, if you like, here. Already, I have read accusations on various blogs that it is a whitewash: this is utter nonsense. OPM is independent, and exists to root out unethical attorney conduct in the U.S. Government, not to protect it. The report is thorough, covers all sides and allegations, and is scrupulously fair.

The fact that the allegations were shown to be unsupportable, however, does not in any way vindicate those who tried to ignore the seriousness of the allegations and pretend that there was nothing to investigate. There was a prima facie case of biased enforcement that, like many prima facie cases prosecuted every day, could not be proven with the available evidence. I continue to believe, having read the report, that while the handling of the case was not unethical and was in good faith, it was spectacularly stupid, and unnecessarily sowed distrust in the Obama Justice Department.

At least it is settled, almost two and a half years after the original incident.

Apologies: the original version of this article carelessly referenced the election in “1008.” That was an error. The 1008 New Black Panther controversy was entirely different…