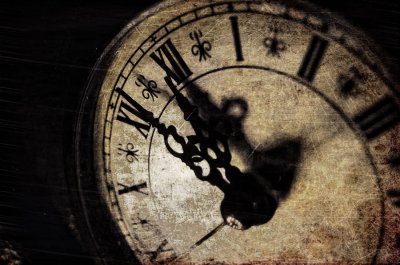 I sense that time is running out.

This evening, around 8 PM, the New York Post released an exclusive story, citing a “reliable source,” claiming that the Census Bureau faked the September  2012 employment figures that gave a huge boost to President Obama’s campaign as the race against Mitt Romney was reaching its stretch run. The figures, which were challenged by conservative pundits as suspiciously and conveniently positive, finally put unemployment below the crucial 8% mark.

From the Post’s John Crudele:

“The numbers, according to a reliable source, were manipulated. And the Census Bureau, which does the unemployment survey, knew it. Just two years before the presidential election, the Census Bureau had caught an employee fabricating data that went into the unemployment report, which is one of the most closely watched measures of the economy. And a knowledgeable source says the deception went beyond that one employee — that it escalated at the time President Obama was seeking reelection in 2012 and continues today. “He’s not the only one,” said the source, who asked to remain anonymous for now but is willing to talk with the Labor Department and Congress if asked. The Census employee caught faking the results is Julius Buckmon, according to confidential Census documents obtained by The Post. Buckmon told me in an interview this past weekend that he was told to make up information by higher-ups at Census.

‘“It was a phone conversation — I forget the exact words — but it was, ‘Go ahead and fabricate it’ to make it what it was,” Buckmon told me.”

Crudele notes that falsifying jobs figures has more consequences than just misleading voters and giving the President a basis to claim that the economy is improving. He writes, “I hope the next stop will be Congress, since manipulation of data like this not only gives voters the wrong impression of the economy but also leads lawmakers, the Federal Reserve and companies to make uninformed decisions. To cite just one instance, the Fed is targeting the curtailment of its so-called quantitative easing money-printing/bond-buying fiasco to the unemployment rate for which Census provided the false information. So falsifying this would, in essence, have dire consequences for the country.” [UPDATE (11/19)—“A Republican aide told the Washington Examiner the House Committee on Oversight and Government Reform is digging into the claim, published in the New York Post on Tuesday….”]

That’s not my hope.

I don’t know if this story is accurate or not. The New York Post is hardly…well, let’s see how to best put this…it’s hardly a reliable, trusted news source like the New York Times or the Washington Post were before U.S. journalism lost all credibility, objectivity and trustworthiness. This story could prove false,  but whether it is or not, the Obama Administration will deny it, stonewall it, make sure its media allies keep it isolated to “conservative media” so it can be discredited, just as it did with Benghazi, the IRS efforts to handcuff conservative groups during the campaign, Fast and Furious, Solyndra, and the real source of the problems with the ACA website. Whether this scandal, which would show that the Obama Administration used its various agencies to illicitly, unethically and dishonestly deceive the public to influence the Presidential election, is real or not, there are real scandals, many of them, waiting to be discovered, and still more that are in the process of developing. There is no doubt in my mind about this, just as there was no doubt in my mind a year ago that this wave of dashed hopes, uncovered lies, and desperate survival maneuvers was inevitable. The Obama Presidency is dysfunctional, incompetent, corrupt and rotten to its core, like Golden Dancer, the apocryphal rocking horse that Henry Drummond, the fictional avatar of Clarence Darrow in “Inherit the Wind,”  describes in a famous scene:

“I was seven years old, and a very fine judge of rocking horses. Golden Dancer had a bright red mane, blue eyes, and she was gold all over, with purple spots. When the sun hit her stirrups, she was a dazzling sight to see. But she was a week’s wages for my father. So Golden Dancer and I always had a plate glass window between us. But—let’s see, it wasn’t Christmas; must’ve been my birthday—I woke up in the morning and there was Golden Dancer at the foot of my bed! Ma had skimped on the groceries, and my father’d worked nights for a month. I jumped into the saddle and started to rock— And it broke! It split in two! The wood was rotten, the whole thing was put together with spit and sealing wax! All shine, and no substance! Bert, whenever you see something bright, shining, perfect-seeming—all gold, with purple spots—look behind the paint! And if it’s a lie—show it up for what it really is!”

We may not know for a long time whether Barack Obama, like Presidents Grant and Harding, was a well-meaning, manipulated and deceived dupe, over his head in a big job and too concerned with maintaining appearances to address the chaos and corruption around him, or whether, like Richard Nixon, he was pulling the strings. Whatever the case—and I still lean toward the first scenario—the degree of dysfunction, political ruthlessness and reckless incompetence in this President’s administration is now dangerous. The economy, foreign relations, law enforcement, public trust and the integrity of the Constitution itself are all in a perilous state, and nobody is in charge. There is no management, there is no accountability, there is no transparency—except what is no longer possible to hide—and there is no plan. There are only tactics, attempts at blame-shifting, increasingly desperate race-baiting and hollow, ever-changing promises. This is a 757 flying through a storm with a student pilot—a blind student pilot, perhaps—at the controls. This is the storming  of Utah Beach being led by a Tenderfoot Boy Scout. This is the a team’s batting practice pitcher being sent to the mound in the 9th inning of the final game of the World Series.

The news media, still desperate to cover for the President, made a telling comparison. Its desperate analogy for the Obamacare crash was Bush’s Katrina fiasco, though it only was a valid comparison (recalling Ann Althouse’s  brilliant dismantling of it* ) as Bush’s credibility tipping point, as the ACA roll-out should be Obama’s. Bush, however, quickly fired FEMA’s head for the failure of the post-hurricane relief efforts. Nobody has been fired in the wake of the Obamacare fiasco. This President doesn’t acknowledge accountability, or any other staple of management. That is why, in the three years left of the Golden Dancer Presidency, things will get much, much worse….and I don’t think this country, great as it is, can take the kind of disasters that are likely to occur.

A country needs a leader, not a head huckster whose sole objective is to slide, fake, lie and evade his way to the next election. A nation needs serious, professional, dedicated public servants working under the President and supervised by him, who can be trusted to make their first priority the best interests of all Americans, and not merely holding on to power and genuflecting to core constituencies.

The Republicans can’t fix the Obama Administration in time to avert disaster, if at all. This is something only the Democrats can do, and they have an obligation to do it—as patriots, as public servants, and as Americans–  if they care about the nation as much as they care about winning elections. Mr. Obama needs to clean house, beginning with the White House, and his party needs to stage an intervention to explain it to him, because he is in denial. He needs to kick out the political hacks and hatchet men (and women), and get real, experienced government veterans on board who can provide the leadership and management acumen that he lacks. Bring back Leon Panetta, an honorable and able man. Swallow hard and let Bill Clinton stoke his ego by directing some changes. Heck, give Michelle something real to do.  Clear out the proven incompetents: Holder, Sibelius, Kerry, Hagel, and others who were chosen for dependability and loyalty rather than their ability to get the job done. Seek out bi-partisan help—there are competent, experienced Republicans who would assist, for the good of the country. Bring in Bloomberg, perhaps. Colin Powell.

As for the Republican Congress? Its job is to get out of the way and let this leadership void be addressed as soon as possible. There is no time to waste. The United States of America should not be left drifting in storm-swept seas because of pride, ego, politics or the fear of admitting that the party, the electorate and the nation made a terrible mistake by entrusting our future to the inexperienced and feckless captain with an inspiring personal story, a facile tongue, delusions of grandeur, and little else.

This is what I hope for: that the Democratic Party will accept responsibility for the tyro it inflicted upon us, and accept the painful task of admitting that he is not up to the job, in order to get the U.S. through the next three years. That would be a party I might trust again, some day, to lead the government. If they don’t do this, and I am not so naive as to think it is likely that they will, I fear that by 2016, this great experiment of a nation–“conceived in liberty, and dedicated to the proposition that all men are created equal”-–will lie in  wreckage, sawdust and betrayed dreams…just like Golden Dancer.

*  Althouse: “I can think of a whole bunch of non-parallels: 1. Bush’s political party didn’t design and enact Hurricane Katrina. 2. Bush didn’t have 5 years to craft his response to the hurricane. 3. Bush didn’t have the power to redesign the hurricane as he designed his response to it. 4. The Republican Bush believed he could not simply bully past the Democratic Mayor of New Orleans and the Democratic Governor of Louisiana and impose a federal solution, but the Democrat Obama and his party in Congress aggressively and voluntarily took over an area of policy that might have been left to the states. 5. The media were ready to slam Bush long and hard for everything — making big scandals out of things that, done by Obama, would have been forgotten a week later (what are the Valerie Plame-level screwups of Obama’s?) — but the media have bent over backwards for years to help make Obama look good and to bury or never even uncover all of his lies and misdeeds. 6. If Bush experienced a disaster like the rollout of Obamacare, the NYT wouldn’t use its front page to remind us of something Bill Clinton did that looked bad…..But think about it this way…What if Bush and the Republicans had created the hurricane, and the Democrats adamantly believed it would be better not to have a hurricane? Would the Democrats have been “occasionally cooperative” to Republicans who smugly announced that they won the election and they’ve been wanting this hurricane for 100 years and canceling the hurricane was not an option?