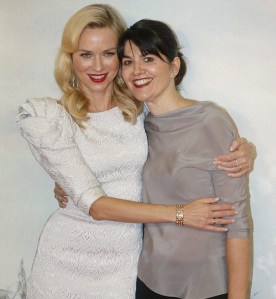 I suppose some of you may have thought about this two years ago, when the Spanish film “The Impossible” was first released. I, however, take a while to catch up with my movie-viewing, and though the film was much praised by critics and got Naomi Watts an Academy Award nomination, I had not seen the film until recently. “The Impossible,” about as accurately as a motion picture can, tells the amazing story of how Spanish physician María Belón, her husband Enrique Álvarezs, and her three young sons miraculously  survived the 2004 Indian Ocean earthquake and tsunami when the family was on vacation in Thailand.

It is an engrossing, harrowing movie. I was surprised to find out, however that the family’s name wasn’t “Bennett,” and that they weren’t British, as the movie presented them. Apparently to maximize box office receipts, the film makers decided to take the heroic story of a real family and make the characters “more relatable” by recasting them as English-speaking Brits. There was a minor controversy about the film “whitewashing” the story*, but not much of that made it into the mainstream media. Belón, after all, is white. She was an active participant in the appropriation of story and that of her husband and sons, and they all profited from it, at least financially. Still, the movie’s point of view left a bad taste in the mouths of some international critics. Here is Australian critic Ruby Hamad:

“Based on the true story of a dark haired and darkish-skinned Spanish family, the filmmakers admitted to changing their nationality and casting lily-white actors in order to make the story ‘universal’. In other words, only white people can stand in for the human race as whole. For this reason, Thailand and its people are mere backdrops for the story of a Caucasian family who learn the hard way that even western privilege is no match for the brute force of mother nature.”

Is “The Impossible” unethical”?

It is a tough one for me. The film makers have every right to maximize box office and profits; Watts is a bankable star (and a fine actress). I have no ethical problem with films manipulating the facts of a compelling story, even a historical event, as long as the audience isn’t misled into believing something significant is true that is not, like so much of Oliver Stone’s misrepresentations in “JFK.” I have much more difficulty excusing film portrayals of real people that wrongly impugn their character or contributions to history. For example, he slanderous suggestion in “Titanic” that first officer William Murdoch accepted a bribe and committed suicide during the sinking was as unforgivable slur on the memory of a likely hero. In “Lincoln,” screenwriter Tony Kushner cavalierly showed specific Connecticut congressmen voting against the Thirteenth Amendment when in fact they voted in the affirmative. “1776” shows Founder James Wilson as an indecisive weenie, which he decidedly was not, nor did he cast the decisive vote swing vote that moved Pennsylvania into the pro-independence column as the climax of the film and musical suggests. That distinction was John Morton’s, but because the musical chose to make Wilson an ironic coward (he votes for the Declaration, even though he opposes it, because he fears being “remembered” as the man who blocked independence), Morton’s pivotal historic moment is ignored and forgotten. Taking off from Kushner’s dismissive comments that the historical details in a film don’t matter, that criticizing historical inaccuracies is like arguing that Lincoln never wore “green socks,” I  wrote:

“…there needs to be an ethical doctrine of excessive harm—to public knowledge, history, and real people. Destroying a courageous public servant’s reputation isn’t like using the wrong color socks. I refuse to believe that Kushner couldn’t have accomplished the same dramatic objectives without making those Connecticut lawmakers look like Klan members. He just didn’t care…they were just socks to him. William Murdoch’s reputation was just socks to Cameron, and LBJ’s good name was just socks to Oliver Stone. It’s true: artists have a right to twist facts and history however they choose for what they believe are “greater historical truths” or even for more butts in the seats, more cheers at the credit or more dollars in their pockets. It still is wrong for them to do so recklessly, needlessly and with arrogant disregard for the consequences of their work. People are not socks.”

The unethical betrayal of fact in “The Impossible” is a variation from the usual practice of smearing the dead. “The Impossible” robs the living of the legacy of courage they suffered to create. My God…Belón and her family showed extraordinary valor and determination in this ordeal, and then their incredible story was represented to millions worldwide as the experience of a fictional family from another country? I would be furious, if I had endured what they had endured only to have my identity swept away as brutally as the tsunami swept away so many lives. I would have thought, “This is my ordeal, my achievement, my story, and it has been taken from me!” It would be like telling Oskar Schindler’s story as “true,” but presenting his character as a blond Swede named Svensen:

See “Svensen’s List”: This is a true story, but we changed the name of the hero because it would make us more money, and nobody likes Germans anyway!

Yet Belón, by all accounts, approved her family’s movie metamorphosis. She was an advisor to the film, and promoted it. She profited from it. Maybe it served her vanity to be played by Watts; I don’t know why she allowed it. Seldom will you see a more compelling justification of  Rationalization #42, The Hillary Inoculation, or “If he/she doesn’t care, why should anyone else?” One reason the criticism was muted was that it was a Spanish production. If an English or American production had turned Belón into a Brit or a native of Chicago, presumably the critical voices would have been more and louder.

My answer to this quiz is, I think, this: Belón’s kids deserved better. They deserved to have the most important crisis of their lives told without their parents allowing corporate suits to turn  them into cute little English tykes. Their life stories were made into a movie, yet nobody knows that it is their story being told. Mom and Dad okayed this for money? Yes, they had the authority. They abused their power.

It isn’t the movie that is unethical. What was unethical is parents selling their family’s amazing story and allowing a corporation to reduce  their children’s lives and identities to fiction for profit.

* Some of these complaints were of the “how dare they not make the movie I think they should have made rather than the movie they did” variety, and those criticism are unfair. Yes, the horror that befell the poor residents of the countries devastated by the tsunami deserves a film too, but “The Impossible” tells a true and dramatic story, and should not be attacked because it wasn’t about something else.