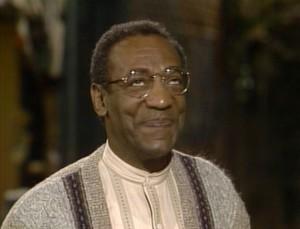 2014 was the year of the Ethics Train Wreck. They were coming so fast that they were getting tangled up with each other, and old wrecks from past years started rolling again, or the damage that was triggered a year ago or more started kicking in. I don’t know if every year really is more ethics free than the year before, or that it just feels that way because I’m getting better at sniffing it out. By any standards, it was a wretched year, with epic ethical misconduct across the culture. But I can’t stall any more: let’s wade into it. There will be more installments this year, so the misery is coming in smaller bites. You’re welcome.

Ethics Train Wreck of the Year 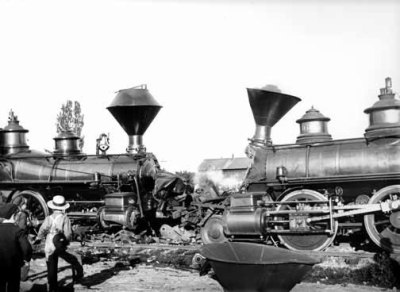 The obvious winner is the Ferguson Ethics Train Wreck, which has managed to hook up with the 2012 winner, The Trayvon Martin- George Zimmerman Ethics Train Wreck, as well as a the sub-EthicsTrain Wreck attached to the death of Eric Garner, to further degrade U.S. race relations, undermine the stability of numerous cities, get several people, including the recently assassinated NYC police officers killed, revive race riots, give vile demagogue Al Sharpton unprecedented power and influence, and pick up such distinguished riders as President Obama,  Missouri Governor Jay Nixon, New York Mayor de Blasio. It is also still barreling along at top speed after many months, and is a good bet to continue its carnage well into 2015.

Yet, it became clear to me this summer with this post that the entire Obama Administration has become an Ethics Train Wreck, and one that is neck-and-neck with the one spawned in Ferguson in threatening short and long-term damage. Incompetence, dishonestly, lack of transparency and arrogance have hardened cynicism in the public, corrupted the ethical values of defenders, let journalists to disgrace themselves, and fertilized festering potential disasters internationally and domestically. This is also, I now see, a wreck of long duration that started in 2009, and had gathered momentum with every year. It also has sparked other wrecks, including the one that now keeps it from being the sole 2014 winner. How much damage will The Obama Administration Ethics Train Wreck do in 2015? Which agency or department will prove itself to be corrupt, incompetent and mismanaged, which official will continue in a post after proving himself unfit to serve, which inept pronouncement or abuse of power will further degrade American trust and freedom?

I’m not looking forward to learning the answers.

Fraud of the Year

The U.S. Justice Department, which allegedly participated in a plot to force  Sierra Pacific Industries and other defendants  to pay $55 million to the United States over a period of five years and transfer 22,500 acres of land as settlement of charges brought against the company by DOJ for causing a 2007 wildfire that destroyed 65,000 acres of land in California. Naturally, the national news media has barely covered this scandal, which is still in litigation. Runner Up: The Victoria Wilcher scam, which made KFC pay for plastic surgery for a little girl when there was no evidence that the company was in any way involved with her injuries. After the fraud was discovered, it didn’t dare ask for its money back. Well played, fraudsters!

Incompetent Elected Officials of the Year

Runner-up: New York City Mayor Bill de Blasio (D), whose big mouth has his police in open revolt, who can’t bother to be on time for meetings, events and appointments, and is essentially living up to the worst predictions of those who said that he would return New York to the crime and chaos of the Seventies.

Sexual Predator Of The Year

Who else? Bill Cosby 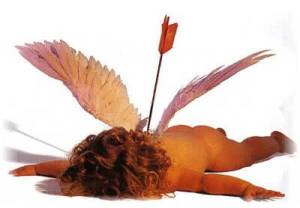 A very tough category this year. In a close race, the prize has to go to the dating site, OKCupid, which  revealed—proudly!—that it intentionally set up trusting users with bad dates, intentionally mismatched, , to see how people would behave.  Yechh.

Most Unethical Conduct by a School District

The Washington D.C. School System, which drove a piano prodigy out of the system by threatening and harassing her and her parents, lying about it, and generally refusing to acknowledge that playing the piano in international competitions is education, not truancy.

Bayside Middle School, in Virginia Beach,Virginia. I still can’t get over this one. Sixth grader Adrionna Harris saw a classmate cutting his arm with a razor blade. She took the blade from the student, threw it away and persuaded him that what he was doing dangerous and wrong. Then she told the school’s administration about the incident. Because saving the boy from serious harm required her handling a dangerous weapon on school grounds, Adrionna received  a 10 day suspension with recommendation for expulsion.

Felicia Smith, a Houston middle school teacher, gave a male student a lap dance in class, in front of his classmates, for his birthday. Runner-up: The unidentified teacher at Summerville High School in Summerville, South Carolina, who caused a 16-year-old student  to be arrested and suspended because he wrote a passage on his Facebook page, as part of an assignment, describing using a gun to shoot a dinosuar.

Naked Teacher of the Year

Kaitlin Pearson. She is the perfect embodiment of this issue: unlike most of her fellow (fellow?) nude teachers, she was leading a double life as a model and an elementary school teacher, and never alerted her employers to the potential conflict until someone sent her lovely photos to the administration.

8 thoughts on “The Sixth Annual Ethics Alarms Awards: The Worst of Ethics 2014 (Part 1)”