1  Oh, let’s begin the day with Roy Moore, the former Alabama judge and present wacko whom Alabama Republicans voted to represent the GOP in the 2018 U.S. Senate election, thus proving that there are a lot of deplorables in the state. As was completely predictable given his record, Moore recently told his drooling followers (after being introduced by Abraham Hamilton, Alexander Lincoln being unavailable),

“Somebody should be talking to the Supreme Court of the United States and say, ‘What gives them a right to declare that two men can get married?. . . Tell the Congress: Impeach these justices that put themselves above the Constitution. They’re judicial supremists and they should be taken off the bench.”

So Moore believes that he should not have been removed from the bench for putting his personal religious beliefs above the Constitution, but justices should be removed if they interpretation the Constitution in a way that contradicts his religious beliefs.  This, he insisted, would ‘solve the problem….such a view would violate not just fundamental principles of judicial review but it would violate the impeachment clause.  As the last lead counsel in a judicial impeachment case (in defense of Judge Thomas Porteous), Moore’s view is deeply troubling.  As I have previously written, the Good Behavior Clause of Article III was designed to protect the independence of the judiciary and insulate it from political pressures.  It was meant as a guarantee of life tenure against precisely the type of threat that Moore is endorsing.

But it’s pointless to make genuine legal and historical arguments against someone like Moore. He’s a theocrat, a fanatic, a bigot and a demagogue. The Republican Party should endorse his opposition and campaign against Moore. This fiasco is their fault, and someone like Moore should be kept out Congress at all costs.

2. Now to someone who is, incredible as it seems, somewhat less ridiculous, this gentleman, Christopher Wilson… 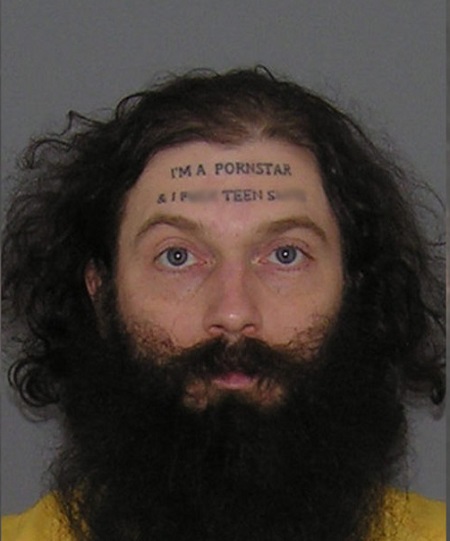 Ethics Alarms to the news media: Grow up.

“The court will be left with a question of whether the tattoo is too prejudicial or whether it is unavoidable as a personal choice of the defendant….Yet, these tattoos contain an admission to the crime at issue in the trial.  In the end, a judge could legitimately conclude that this falls into the category as bad choices bringing even worse consequences.” 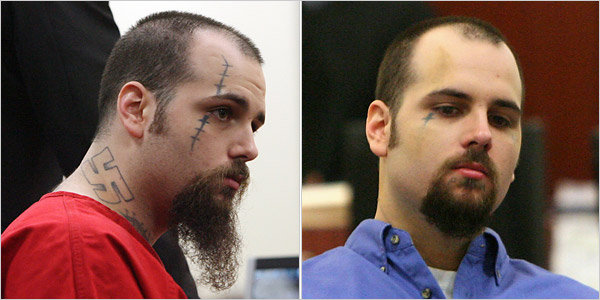 …(Nice job! ) and in the other, by allowing the defendant to have the tattoo…this one… 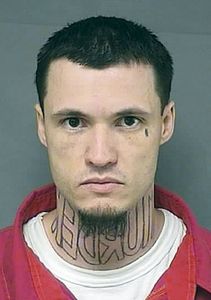 3. The blog has recently, a couple of times,  discussed the tyranny of the minority involved when citizens with disabilities abuse the (overly broad) Americans With Disabilities Act. This unethical conduct is frequently aided and abetted by leftist judges who warp the words “reasonable accommodations” to cater to plaintiffs who believe all of society must pay to mitigate their individual misfortunes.

This is a particularly indefensible example of this social malady: the Philadelphia-based 3rd U.S. Circuit Court of Appeals gave Paul McGann, who can neither see not hear, a chance to show that movie theaters must provide him with a “tactile interpreter” under the ADA.  McGann says he “experiences” movies by touching the hands of a sign-language interpreter who “describes” the film to him in the theater. When he  demanded that the Cinemark movie chain provide two such interpreters at a cost of $50 to $65 an hour. so he could “watch” “Gone Girl.” at his usual theater, he was told “no.”

He sued, and a federal judge had ruled that a tactile interpreter is a special auxiliary service that is not required by the ADA. The 3rd Circuit reversed in its opinion, holding that tactile interpreters are covered, and remanded for a determination of whether  accommodation would pose an undue burden the movie chain in the country.

This is nonsense. A movie consists of visual images and sound; a sightless, deaf person cannot “experience” one. Why couldn’t he read a description of the film, shot for shot, in his home? What’s the difference to him? The case should have been tossed, for good, at the earliest possible stage. Suing to make company pay so he can pretend to be watching a movie is unethical.

4. Mr. Bumble,  scripted by Charles Dickens in “Oliver Twist”,  famously said that “the law is a ass.” Here’s one Bumble would like: the Indiana Supreme Court has ruled that it is against the law for an adult to send a sexually explicit photo to a consenting youth under the age of 18, while it is legal for that adult to have physical sexual relations with a 16-year-old.

Sameer Girish Thakar was prosecuted in 2014 for allegedly sending a photo of his erect penis to a 16-year-old girl in Oregon  under an Indiana  law barring dissemination of matter harmful to minors. In  the decision , the court rejected his argument that since the girl could legally view his penis live, up close and personal as part of consensual sexual activity, state law should allow him to send a photo of it.

The state’s high court cited the plain language of the statute and rejected Thakar’s clainm of inconsistency, saying,

“To baldly assert that for a 16-year-old girl consensual sex is equivalent to the abrupt appearance of an erect penis on her computer is nothing more than a policy determination, and it is not the place of our court to usurp that role from our General Assembly.”

I know I sure hate it when an erect penis appears on my computer.

The court is right that this is a case of incompetent lawmaking, and not the judiciary’s job to address. Still,Thakar’s case seems like a prime candidate for jury nullification. If “adult” for the purposes of sexual activity now includes 16-year-olds in Indiana, the state should remove anyone over 16 from the “minors’ category in the law Thakar allegedly violated.

5. Finally, it makes me feel better that the Washington D.C. bar isn’t the only one that thinks armed robbers can make trustworthy lawyers. Now Connecticut has licensed Reginald Dwayne Betts to practice law, finding him of sufficient good character after he spent eight years in prison.  A Yale Law grad, Betts was involved in an armed robbery and carjacking at a Northern Virginia shopping mall.

Maybe Georgetown University Law Center can hire him as a professor too!

OK, that was unfair to Betts, if not to Georgetown. Unlike the case of Shon Hopwood, a member of the D.C. Bar and a tenure-track faculty member at the Georgetown University Law Center, Betts didn’t commit his felonies as an adult. Since he was a juvenile offender, I am willing to give Connecticut the benefit of the doubt, and Reginald as well.