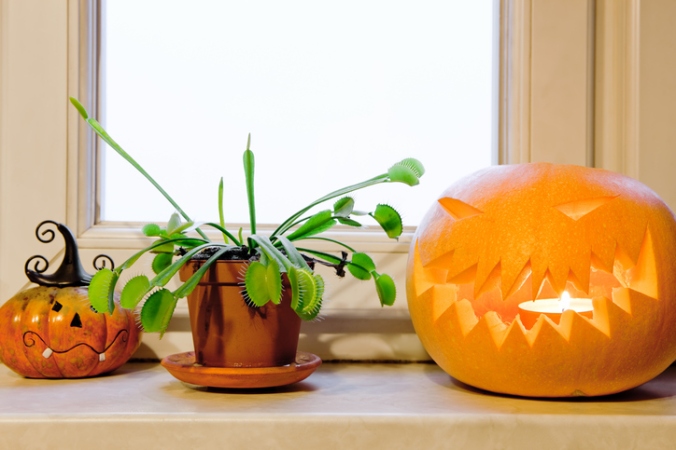 1 On Facebook, many of my progressive friends literally expressed glee at yesterday’s indictments, especially at the charge that Paul Manafort had engaged in “conspiracy against the United States.” Lots of social media users were expressing similar sentiments, the thrust being that they were excited that two individuals who worked for the Trump campaign were facing criminal charges…simply because they worked for the Trump campaign. This cackling mob hadn’t read the indictment, or if they did, they didn’t understand it. They just were engaging in free-standing hate by association.

The reaction is not sort of like, but exactly like, what I called  the “Ugliest moment of election night”: Trump’s crowd chanting “Lock her up!” as the upset electoral victory approached. Criminalizing the political process is not the way of democracy, and rooting for people’s lives to be ruined because of their partisan alliances is disgusting. Who among the people so thrilled to see Manafort and former Trump campaign foreign policy advisor George Papadopoulos being prosecuted know anything about them other than the fact that they worked for the President’s campaign? What do they think justifies cheering their indictment? Papadopoulos pleaded guilty for lying to the FBI about when he tried to meet with Russians claiming to have damning Hillary Clinton e-mails—which, I hope you know (and I bet the Facebook mob doesn’t) isn’t a crime.

Last night, Stephen Colbert, the full-time attack jester of “the resistance,” said of the indictments, “I know it’s almost Halloween, but it really feels more like Christmas!” What an idiotic and hateful thing to say, as well as a statement that is misleading to his audience, who naturally would think that the action implicates the President and the White House in something. (It doesn’t.)

2. Colbert also engaged in gratuitous race-baiting, because dividing the country along racial lines and promoting racial distrust is apparently what progressives think is funny and cool. Noting that the charges against Paul Manafort were filed on Friday but that he didn’t have to turn himself in until Monday Colbert smirked,  “Wow, we white people really do get arrested differently.” The “joke” is untrue, and racist in its own implications, suggesting that only whites commit white collar crimes and are regarded as low flight risks, while blacks commit the violent crimes and robberies that lead to immediate arrests.

You can quote me.

3. Judge W. Mitchell Nance, a Kentucky judge, resigned after judicial ethics charges were filed against him as a result of his refusing to preside over any same-sex couple adoption cases. Nance announced that he would not  participate in  gay adoption matters in April, when he issued an order saying he was recusing himself from such case, arguing that adoption by a gay couple would never be in the best interest of a child.

The judicial misconduct complaint filed last month argued that Nance’s order violated the judicial ethics canons requiring judges to promote confidence in the integrity and impartiality of the judiciary, to be faithful to the law, and to refrain from showing bias or prejudice.

It does. Good riddance.

5. Buried in the comments on my post about historian Ron Chernow’s Ethics Quote of the Week was what I had set out to post when I started to write, and forgot to, stupidly, as I explored other less critical angles.  It is something I have thought a lot about, so I’m going to place a slightly altered version of that comment here, where it might have a little more exposure.

[A] democracy can be corrupted, not by big, blaring events, but by a slow, insidious, almost imperceptible process, like carbon monoxide seeping in under the door.

The election of Donald Trump was one of those big, blaring events that while disruptive and significant, really is unlikely to change the nation very much over the long term. The small, incremental insults, dings and insidious examples of contempt for the Constitution that led voters to finally say “I’m mad as hell and I’m not going to stand it any more!” were and are far more important, and I have come to believe that the public stating its objections by rejecting Hillary Clinton and all that her candidacy symbolized was an important step in stemming that carbon monoxide leak, even though the candidate elected was personally repugnant.

The metaphorical leak included the rejection of US sovereignty in the progressive approval of illegal immigration; the contempt for process as shown by the passage of the Affordable Care Act with tricks and maneuvers; the escalating anti-white, anti-male rhetoric from progressives, feminists and Democrats;  the irresponsible  embrace of anti-wealth,  anti-success and anti-merit Occupy ideology by Obama and Democrats like Elizabeth Warren; the pro-Black Lives Matter stance of the DNC; the “men are presumed rapists” policies of the Obama Education Department in its abuse of Title IX; the disgraceful use of race-baiting and gender-baiting to intimidate critics of the Obama Administration and Presidency; the extreme racial, gender and ethnic spoils system being established by Democrats as “social justice;” the nation’s slow and steady retreat from personal liberty, personal responsibility and individualism as it increasingly ceded individual liberties to the government;  the utter lawlessness, venality, entitlement and arrogance of the Clintons and their minions;  the vilification of police; the Obama administration’s willingness to erode national self-determination for world government; the pandering to Russia, Iran and Islam; the escalating assault on freedom of speech and expression, the Second Amendment and Due Process; the trend of criminalizing political dissent, and, for me the most frightening of all, the dangerous alliance between the news media and a single party and ideology, allowing the government to avoid accountability while deceiving and misleading voters.

That the nation recognized the carbon monoxide for what it was gives me far more hope than the fact that their chosen expression of concern elected a wildly unqualified man concerns me. And, of course, the frantic, undemocratic, hypocritical and irresponsible conduct of “the resistance’ since the election shows how much metaphorical carbon monoxide we have already absorbed.

That’s what I was supposed to write. And I’m going to take this opportunity to re-post, again slightly edited,  part of my initial analysis of the election last year, which is related to my belief that the American public correctly assessed where the greater danger to democracy lurked:

Hitler rose because the Germans, who always had wanted a strongman, were desperate, and their self-esteem had been destroyed. In contrast and characteristically,  Americans got tired of being pushed around, lectured, and being told that traditional cultural values made them racists and xenophobes. They decided to say “Screw that!” by electing a protest candidate whose sole function was to be a human thumb in the eye, because he was so disgusting to the people who had resumed to be their betters. Don’t you understand? It’s idiotic, but the message isn’t. It’s the parade blitzkrieg in“Animal House” and such defiant outbursts are as American as Doolittle’s Raid:

Otter: Bluto’s right. Psychotic… but absolutely right. We gotta take these bastards. Now we could do it with conventional weapons, but that could take years and cost millions of lives. No, I think we have to go all out. I think that this situation absolutely requires a really futile and stupid gesture be done on somebody’s part!

Bluto: We’re just the guys to do it.

In other cultures, The Big Cheese says jump and the citizens say “How high?” In the U.S., the reflex response is “Fuck you!” Obama never understood that. It looks as if the American Left no longer understands that, which means they no longer understand their own culture, country, and countrymen. The election was the “fuck you!” that an escalating and relentless attack on core American ideals and values had invited. I love that about America and Americans. And as much as I hate the idea of an idiot being President, I do love the message and who it was sent to. America still has spunk.