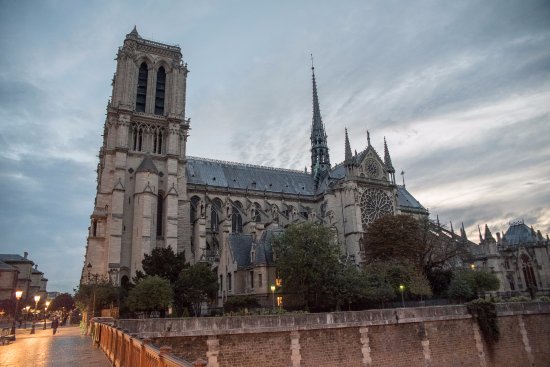 1 Oh no! Not my permanent record! My wife gave a small contribution to Mitt  Romney’s campaign, and has been hounded by RNC robocalls and mailings ever since. GOP fundraising started getting really slimy under the indefensible Michael Steele’s leadership, and continued to use unethical methods after Steele went on to job at a bait shop or something. Last week my wife got an envelope in the mail with a block red DELINQUENCY NOTICE! printed on it. A lie, straight up: there was no delinquency, just a my wife’s decision that she would rather burn a C-note than give it to the fools and knaves running the Republican Party. She registered an official complaint with the RNC, and received this response from Dana Klein, NRCC Deputy Finance Director:

“My job as the Deputy Finance Director is to communicate with supporters to let them know the status of their NRCC Sustaining Membership. Unfortunately, I have bad news for you. As of right now, you have a delinquency mark on your record for your failure to renew your membership. But, I have some good news. You can remove this delinquency mark if you renew by the FEC deadline on Wednesday.”

Both my wife and I were professional fundraisers for many years. This is deceptive and coercive fundraising, and anyone who voluntarily supports an organization that uses such tactics is a victim or an idiot.

Or, I suppose, a Republican.

2. Another one…This is another one of the statements that I am pledged to expose every time I read or hear it: a Maryland legislator, enthusing over the likelihood that a ballot initiative will result in legalizing pot in the state, ran off the usual invalid, disingenuous and foolish rationalizations for supporting measure. (Don’t worry, pot-lovers: I’m resigned to this happening, not just in Maryland, but nation wide. As with the state lotteries, our elected officials will trade the public health and welfare for easy revenue every time. Minorities and the poor will be the most hurt, and the brie and pot set couldn’t care less.) Only one of his familiar bad arguments triggered my mandatory response pledge: ” to legalize a drug that is less harmful than alcohol.”

This is the bottom of the rationalization barrel, “it’s not the worst thing.” Alcohol is a scourge of society, killing thousands upon thousands every year, ruining families and lives, wrecking businesses, costing the economy millions of dollars. Just yesterday there was a report that fetal alcohol syndrome was far more common that previously believed. There is no question, none, that U.S. society would be healthier and safer without this poison accepted in the culture: unfortunately, it was too deeply embedded before serious efforts were made to remove it. Now pot advocates want to inflict another damaging recreational drug on society, using the argument that it’s not as terrible as the ones we’re already stuck with. Stipulated: it’s not as harmful as alcohol. It’s not as harmful as Russian Roulette or eating Tidepods either. I have a bias against taking seriously advocates who use arguments like this; it means they re either liars, and know their logic is absurd, or idiots, and don’t.

3. Riddle me this: What do you get when you cross casting ethics, weak and lazy school administrators, political-correctness bullies-in-training with “The Hunchback of Notre Dame”?

Answer: a cancelled high school musical, and per se racism supported by the school.

New York’s Ithaca High School was beginning production of the Disney film-based musical “The Hunchback of Notre Dame” but made the unforgivable error, in the eyes of student activists,  of casting of a white student as a Romani heroine Esmeralda, played in the classic film by that gypsy wench, Maureen O’Hara, and in the Disney version by a Toon.  Several students quit the show in protest,  and formed an activist group to reverse the decision. It sent a letter calling the casting “cultural appropriation” and “whitewashing,” calling the student the “epitome of whiteness.” The letter admitted that she was also “a stellar actor, singer and dancer” that any stage would be “lucky to have,” but what is the talent, skill and competence required for a role compared to what really matters, her skin color? The students demanded that the school either choose a different show or recast Esmeralda a black and brown actress.

The school could have responded by teaching the students about what acting, casting, and theater’s purpose as art involve and the relevant values. It might have instructed the students about race-baiting—not how to do it, since they already know that, but why it is wrong. It should  have explained why “cultural appropriation” is a crock, and why casting is only ‘whitewashing” if a white actor is actively sought for the role of an ethnic character, rather than cast because, even when appearances are factored in, as they always are in casting, she will optimize the effectiveness of the production because she is the best qualified for the part.

The school canceled the musical, saying it wanted to be “more inclusive and culturally responsive” and “eliminate institutional biases.” Of course they did. Avoiding controversy always trumps educational obligations with public school administrators. Now the school says it is planning “a collaborative project” in place of the show. Sounds like so much fun!

You cannot trust the public schools to teach your children competently, and to avoid indoctrinating students with leftist, anti-democratic cant. I hope the parents of the actress sue the school district for racial discrimination. I do not believe in using the courts to resolve such matters as casting and amateur sports team rosters, but there have to be serious consequences to a high school behaving like this.

4. What a GREAT segue this is! And speaking of Notre Dame-–as I thought would happen in the wake of the latest victory of the Perpetually Offended, the political correctness furies have moved on from Chief Wahoo to the next target. Notre Dame’s “Fighting Irish” logo. Trigger warning! 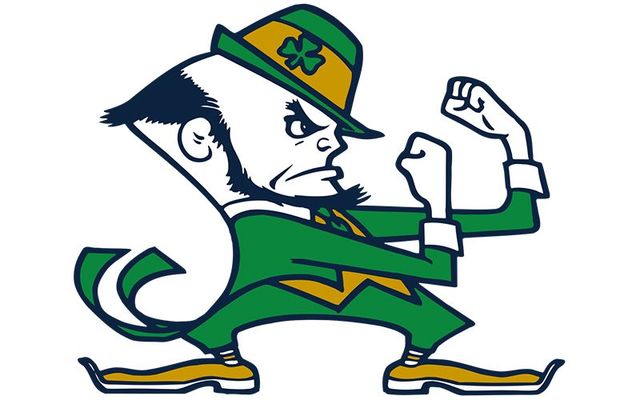 “…the protests were part of a power play by the Left and not the result of genuine, widespread offense affecting Native Americans… the attack on team names and symbols is about power, and bending others to their will.  Now the political correctness mob will move on to its next prey…”

ESPN’s Max Kellerman shouted yesterday that Notre Dame should ban its longtime symbol with this fatuous and censorious “logic”:

“Many Irish-Americans are not offended, but many are. Should that also change? The answer is yes! Unequivocally yes. Pernicious, negative stereotypes of marginalized people that offend, even some among them, should be changed.”

Comments: 1) Max is an idiot. 2) This is why ESPN is losing viewers. 3) “Many” Irish-Americans are offended? Prove it. What does “many” mean? Like, twenty? If the Post found that 90% of Native Americans didn’t give a whoop about “Redskins,” what do you think the corresponding percentage is for Irish-Americans feeling blue about the Notre Dame leprechaun? I would guess that the Irish are among the least easily offended ethnic groups on the planet. 4) So, as we have heard before, the Left’s proposed standard is that if anyone is offended by art, a song, a message, a joke, a statement, anything at all, that’s enough to justify rejecting those expressions, even if the vast majority finds them tolerable at worst, and valuable at best. Got it. This is the hard-core Left in 2018, everybody. How can anyone responsible vote for people who think this way, or trust their judgment? Why doesn’t everyone just point and laugh?  5. Twenty-Two Presidents of the United States have Irish ancestry. The Irish haven’t been “marginalized” for about a hundred years.

6) Did I mention that Max is an idiot?

5. First D.C. commissions a statue of Marion Barry, then this; next, a monument to Tom Brady in Boston Common…The San Francisco Giants officially announced that they will retire Barry Bonds’ No. 25 and celebrate his career before their August. 11 game against the Pirates at AT&T Park.

Presumably this will be called, “Cheating Pays Day.”

43 thoughts on “Morning Ethics Warm-Up, 2/7/2018: Something In This Post Is Guaranteed To Send You Screaming Into The Streets”