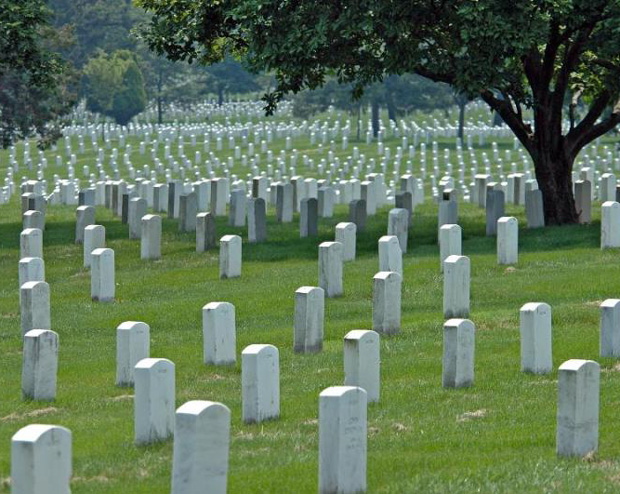 1. BOY, is that a lazy and inaccurate movie! As usual, they are playing every war movie they can dig up on Memorial Day weekend. I just watched the tail end of  “The Battle of the Bulge,” the 1965 Cinerama Hollywood portrayal of the decisive 1944 WWII battle in the Ardennes that reminds me of my dad, buried in Arlington National Cemetery, more than any other war film, and not because it was in that battle that my father earned his Silver Star. No, the film reminds me of Dad because he hated it so much. He regarded it as an insult to the veterans who fought the battle, and  a cretinous distortion of history in every way. His name for the movie was “How Henry Fonda Won the Second World War.”

The most striking of the endless misrepresentations in the movie is the absence of snow. The battle’s major feature was that it was fought in freezing, winter conditions, on snow covered terrain sometimes up to two feet deep. Some battle scenes are shown being fought on flat and bare plain, about as distinct from the mountainous, thickly forested territory where the actual battle took place as one could imagine. My father also started complaining during the film, loudly, about the use of modern American tanks to portray the German Tiger tanks.

Former President (and, of course, former Allied Commander) Eisenhower came out of retirement to hold a press conference to denouncing “The Battle of the Bulge” for  its gross  inaccuracies. THAT made my father happy.

2. Funny! But…no, it’s just funny. Scott Campbell, the owner of the Pell City Fitness gym in Pell City, Alabama,  put up a sign that says “tired of being fat and ugly? Just be ugly!” City officials told him to take down the sign or be fined, saying it is too big and needs a permit, but other business owners told the local news media that they have never heard of the ordinance the city is citing being enforced. The suspicion is that Campbell is being singled out because some have complained that the sign is “insensitive.” No, it’s just funny…

This is the ethical problem with excessively restrictive laws, rules and regulations that are not consistently enforced. Prosecution can be used for ideological and partisan discrimination. Not only is the sign benign, it is not even original: that same language is on fitness company ads all over the country. So far, it looks like the community is supporting Pell and that the city will back down, but this is Alabama. Call me pessimistic, but I doubt the sign would be allowed to stand for long in Washington State or California if an ordinance could be found to justify pulling it down.

The First Amendment dies in increments.

3. Not exactly everybody does it, just too many, and the conduct should be shamed and stopped. From Politico:

“Virginia Rep. Tom Garrett and his wife turned the congressman’s staff into personal servants, multiple former employees to the freshman Republican told POLITICO — assigning them tasks from grocery shopping to fetching the congressman’s clothes to caring for their pet dog, all during work hours.

POLITICO has spoken with four former staffers who detailed a deeply dysfunctional office in which the congressman and his wife, Flanna, often demanded that staff run personal errands outside their typical congressional duties. The couple called on staff to pick up groceries, chauffeur Garrett’s daughters to and from his Virginia district, and fetch clothes that the congressman forgot at his Washington apartment. They were even expected to watch and clean up after Sophie, their Jack Russell-Pomeranian mix, the aides said.”

Garrett is, I’m guessing, irate that he is being singled out for what I am sure is majority conduct on the Hill. Secretaries. aides and interns have been required to do these kinds of non-work related tasks for executives for decades, and those who complained lost their jobs to  more compliant, ambitious, and submissive applicants. This practice is and has always been unethical, unless a) the executive supplements the subordinate’s salary with his or her own money for the “personal assistant” side of the job, b) the subordinate is informed of these other duties before accepting the position, and c) the rest of the staff is told about the dual nature of that assistant’s job, so they do not think that they have any obligation to clean up after the dog.

Here is Sophie, by the way…

“The positive test resulted from an extremely poor decision that I, and I alone, made. I take full responsibility for my conduct. I have let many people down, including my family, my teammates, the White Sox organization and its fans, and from my heart, I apologize.”

5. Hannibal Lector shows the way. In an interview, it is revealed that Sir Anthony Hopkins, generally regarded as Hannibal Lecter by most casual audiences, unfortunately, for he is a better actor than that, is known for confronting bullies in the workplace. Speaking of Harvey Weinstein, Hopkins says, “I did know about the person you are referring to, about his sexual stuff. I know he is a rude man and a tyrant. But I avoided him, I didn’t want anything to do with people like that. Bullies.” When John Dexter, the director of M. Butterfly, started shouting at everyone in the cast, we learn, Hopkins spoke up in the rehearsal and said, “John, you don’t need to do this. You’re a great director. Stop it.” Of course, this direct confrontation is far easier for the star, and in other workplaces, the most valued and powerful employee. Hopkins conduct is exemplary ethics. It also works: Dexter stopped abusing the cast. Most workplace bullying could be stopped if the right person had the courage and sense of responsibility to call out the bully.

6. “Come on, Harvey, get to the point…” The earlier post about the likely defense Harvey Weinstein’s lawyer will mount against rape charges garnered this comment, from reader Jeff:

“I wonder if Weinstein’s defense will include references to all of the people who, in the aftermath of the Ronan Farrow story, came out of the woodwork to offer some variation on “everyone knew Harvey was a creep”. Would it be a plausible defense strategy to point to those stories and say, “See, everyone knew what the score was with my client. He was a creep who demanded sexual favors from young starlets. This was common knowledge, so certainly my client’s accusers had heard the stories, and still chose to come up to his hotel room alone. They knew the score.”? Of course, that’s a gross, unethical defense, but Weinstein is a gross, unethical person, and it looks like at least one of his lawyers is, too.”

It’s not an unethical defense, though. It wouldn’t work with me, but consent is going to be a major issue, and indeed, if “everybody knew” what going up to Harvey’s suite meant if you were a young women, and Harvey knew everybody knew, there is at least a valid argument that consenting to the on-on-one meeting with Weinstein was consenting to what that meeting was known to involve.

Right before I read that comment, I read this excerpt from a New York Times article, “Harvey Weinstein Paid Off Sexual Harassment Accusers for Decades”:

When Mr. Weinstein invited Ms. Judd to breakfast in Beverly Hills, she had been shooting the thriller “Kiss the Girls” all night, but the meeting seemed too important to miss. After arriving at the hotel lobby, she was surprised to learn that they would be talking in his suite; she decided to order cereal, she said, so the food would come quickly and she could leave.

Mr. Weinstein soon issued invitation after invitation, she said. Could he give her a massage? When she refused, he suggested a shoulder rub. She rejected that too, she recalled. He steered her toward a closet, asking her to help pick out his clothing for the day, and then toward the bathroom. Would she watch him take a shower? she remembered him saying.

“I said no, a lot of ways, a lot of times, and he always came back at me with some new ask,” Ms. Judd said. “It was all this bargaining, this coercive bargaining.”…

What? This reminds me of a bad horror movie, where a character is in an obviously demon-infested house  but somehow never realizes that she is in danger.  At what point does someone like Judd share some responsibility for ignoring the signals and remaining? At what point would a jury conclude that Weinstein was not unreasonable to conclude, “She’s just playing hard to get”?

I know they shoot the tiger that eats someone who jumps into the tiger cage at the zoo, but how much sympathy does the jumper deserve?